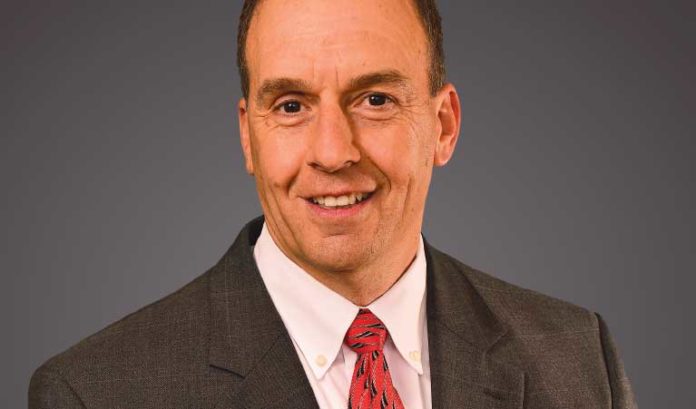 Andy Aronson is the CEO of the Health Care Association of New Jersey — the association that represents, promotes and advocates for long-term care facilities in the state.

The job description begs an obvious question: Is there a more challenging job in the state?

The industry, after all, was the poster child for all that went wrong in the early days of the COVID-19 pandemic. Not only were patients dying by the thousands in horrific scenes and stories that played out daily — the industry itself was under fire.

“The owners put profits over people” was a popular sound bite by Gov. Phil Murphy and others.

Aronson doesn’t see it his way. And he’s eager for the chance to speak for the members of his association.

A health care lawyer for more than two decades — one with top-level experience in private practice and with the state — Aronson brings a background in the industry that few others can match.

ROI-NJ gave him his say in a recent hourlong conversation about all things related to the industry. Aronson offered these key points:

“Unfortunately, not enough of them dive into what is actually going on in these facilities and in these businesses, to explain what the problems are, where the industry itself can improve, where the policy in the state can improve — because I think those two go hand in hand.”

We’ll give him that dive.

Here’s a look at more of the conversation, condensed for clarity:

ROI-NJ: Let’s start with the state of the industry.

Andy Aronson: There are about 35,000 residents in nursing homes in New Jersey. Many of those people have no place else to go to be cared for. Hospitals are where people go to get treated for acute illnesses, and then they are sent home. Nursing homes are where chronically ill elderly people are taken care of. We take care of people who have diseases that get worse as they age, like Alzheimer’s. They’re not getting better. They don’t go home.

Too many people think nursing homes are what they were 30 or 40 years ago — a place where grandma went and got bathed and dressed and got her hair combed. That is not the patient population that these facilities serve today. These facilities are taking care of the sickest, frailest people among us. And they do a very good job of it every day.

ROI: Except they didn’t in the opening stages of the pandemic. New Jersey (along with New York) had far more nursing home deaths than any other state — nearly 8,000 in the first year, with many of them coming in the first few months. Let’s be fair: There were good reasons why long-term care facilities were under attack from the governor and others. How do you respond?

AA: Early in the pandemic, nobody was prepared for this. Nobody knew what was coming. Nobody knew what we were dealing with. There was no testing. There were no treatments. And hospitals were prioritized over nursing homes for resources and (personal protective equipment).

Nursing homes were where COVID effects were seen first. And it was devastating. I think we now know nobody was going to stop the spread of COVID early on. But, since that initial surge, once nursing homes learned how to deal with COVID and take care of people who had COVID, nursing homes have performed very well.

I always say, people in nursing homes today are safer than people in the communities. And the data bears that out.

Now, instead of pivoting, telling the story of what’s going on now, it just seems like we’re regurgitating (the stat that) 8,000 people have died in nursing homes. Yes — and the overwhelming percentage was in that first three months of the pandemic.

ROI: You’ve asked for a pivot; we’ll give you one. Let’s move forward — talk about the biggest challenges facing the industry today.

AA: The biggest issue is staffing, just like it is throughout health care. But the thing that exacerbates our staffing problems is that we — more than anyone else in the health care sector — are on a fixed-payment system. We rely upon Medicaid, which is state run, for 70% of our payment. Medicare is about 20% of the payment, then there’s private insurance.

So, we can only pay our employees what the Medicaid payment system gives us the resources to pay our employees. So, when we go through a time like we’re going through now — where labor costs have increased over 20% since the beginning of 2020 — we can’t simply raise our rates. We can’t come up with a different source of revenue. We’re stuck.

So, people who run these facilities either have to take money out of their pockets to pay staff, which is what’s happened largely in this situation, or we have to go to policymakers and talk to them about raising Medicaid rates and fixing the Medicaid system.

Unfortunately, in New Jersey, we have is a system where policymakers want certain things from their facilities — they want us to hire staff, they want us to pay them well — but their payment system doesn’t align with those desires.

Unless you align your policy goals with the payment systems, it’s never going to work.

ROI: We’re guessing you’re not winning your case with the readers right now. ‘Have the government give us a bigger check’ usually doesn’t make great debate material.

AA: It’s not a bigger check. And I think it’s important to understand the distinction. New Jersey is an outlier from every other state in the country in the way it pays its Medicaid dollars. Every other state has incentives within their Medicaid payment system that allow providers to receive more money or receive a portion of their payment for doing the right things.

New Jersey is the only state that doesn’t have any of those incentives built into this, into their system. It’s literally just a flat payment system. But, even within the same dollar amount, if the payments were paid in the right way, it would improve the quality of our system immeasurably.

It’s, ‘Let’s fix this so that it makes sense,’ and, frankly, in a way that almost every other state has.

Who owns the facilities?

Andy Aronson is the CEO of the Health Care Association of New Jersey — the association that represents, promotes and advocates for long-term care facilities in the state.

ROI-NJ: There’s a perception that the owners of the long-term care facilities in New Jersey have gotten too big — or they are controlled by companies outside the state. Or, worse, they are run by private equity groups. What is the state of ownership?

Andy Aronson: The nursing home industry is moving toward the multifacility regional chains. It used to be there were a lot of mom-and-pop nursing homes owned by individuals. But, because of the way these facilities are paid and because of all that’s happening throughout health care, it’s harder for those single facilities to make a go of it and to operate, so they sell.

In New Jersey, we’ve seen a huge outmigration from the industry of those single owners. There are about 360 facilities in the state, about 200 of which are in our association. Of my 200 members, you probably have 20 owners for all those 200 facilities — and most of them are regional. Private equity is not a huge deal in New Jersey. There are a few facilities, but it’s a very small percentage.

ROI: Why does New Jersey do it this way?

AA: The state used to have a cost-based reimbursement. Every year, nursing home providers would submit cost reports to the state. The state had a rate-setting system. And, based upon those costs, each facility got a Medicaid rate. As of Jan. 1, 2014, the state changed its system, set it to a managed care system and a flat payment system. They did it because the Medicaid costs were rising too quickly.

No other state does it that way. And it got exposed big time during the pandemic.

ROI: All of these cost issues go back to original issue: staffing. If the cost issue were resolved, the industry still needs to find a way to attract workers. That’s going to be a tough challenge after you have been beaten up so badly in the public forum. How do you turn that around?

The great thing about this business is that there actually are career paths. You could start as a CNA (certified nursing assistant), become an LPN (licensed practical nurse), become an RN (registered nurse), become a unit manager, become a director of nursing. There is a career path for people in long-term care that doesn’t exist in other areas of health care.

We have to make that career path visible. We have to go into the high schools and the community colleges and four-year colleges and show that this is a different career path for health care because it’s a different care model. When you work in a long-term care facility, you get to know the people you take care of, you get to know their families — as opposed to working in an emergency room in a hospital, where you’re just taking care of people that go through. So, a different type of person gets drawn to it.

ROI: So, where do we go from here? Everything you want seems to start with the Legislature and the Governor’s Office — the people who have been crushing you. How do you turn that around?

AA: We’re talking to the Governor’s Office; we’re talking to the legislature. I’m hopeful that we can have movement. The state gave a 10% Medicaid increase a year and a half ago to deal with some of the rising costs of COVID. That was a good first step to help facilities, but it’s not a permanent step. What we’re trying to talk about is fixing that, creating some incentives that give providers who do the right thing a little bit more — and providers who don’t do the right thing a little bit less.

Health Care
Linda Lindner -
September 29, 2022
St. Joseph’s Health recently announced it appointed Dr. Eric Choi as its new vice chairman of the Department of Surgery and as a member...