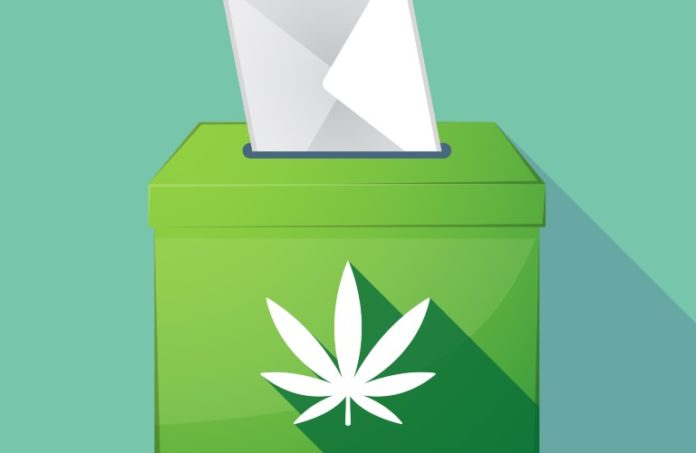 Gov. Phil Murphy was thrilled with the opening of the recreational use cannabis market Thursday — as were the heads of various cannabis-based associations.

But you already knew that.

The big question is how the public feels about all this.

According to a poll from the Stockton Polling Institute of the William J. Hughes Center for Public Policy released Thursday, the public still is on board. More importantly, they are onboard with it being sold in their town.

Of the 640 state residents sampled in the Stockton poll, 56% said they would support dispensaries selling legal recreational marijuana in their towns, while 36% would oppose it and 8% are unsure.

Murphy would fall under the “full support” category. Legalizing the sale of cannabis has been a campaign issue for him since his first race for governor in 2017.

Half of all respondents (50%) from a survey released Thursday by the Stockton Polling Institute of the William J. Hughes Center for Public Policy said they are good with cannabis becoming a magnet for tourism.

The 50% said they would like the state’s hospitality industry — which, according to state data, employs 9% of New Jersey’s private-sector workers — to offer cannabis-related attractions such as lounges and restaurants where weed can be consumed.

“The South Jersey tourist industry was especially damaged by pandemic restrictions and by customers avoiding public crowds,” Hughes Center Director John Froonjian said. “If tourists want to enjoy legal marijuana when they go out, a segment of this region wants to see that market served.”

On Thursday, at Zen Leaf in Elizabeth — one of several facilities across the state that had a long line of residents (21 and over) eager to buy cannabis legally — Murphy said the day marks another step in the state’s efforts to create a new cannabis industry that continues to prioritize medical marijuana patients and advance social justice initiatives.

The overarching goal of these efforts is to make New Jersey’s industry able to stand as a model for other states in the nation in ensuring racial, social and economic equity and justice, Murphy said.

“From Day One, my administration has worked with our partners in the Legislature to advance social justice on behalf of the communities disproportionately impacted by marijuana prohibition by working to expunge cannabis-related convictions, decriminalize possession and establish an equitable cannabis industry,” he said.

“The first sale of legal, adult-use cannabis today marks a historic moment for New Jersey, as we leave behind the indefensible practices that led to the incarceration of countless people of color and embrace the opportunities of a fair, regulated adult-use market. It is a moment that required long hours of work to make sure we got it right the first time, and I am proud of our efforts to get to this point.

“With today’s launch, my administration will continue working to grow a cannabis industry that reflects the diversity of our state, protects access for medical marijuana patients, prioritizes justice and promotes equal opportunities for communities of color.”

“While today is an important moment for New Jersey, it marks only the beginning of the better and more robust industry that is to come,” she said. “I am excited for the market we ultimately hope to establish — with successful local businesses that reflect the diversity of our state.”

To ensure medical marijuana patients continue to receive the treatment they need, each of the alternative treatment centers approved by the CRC confirmed their ability to continue providing access to existing patients and prioritize their needs through strategies such as patient-specific hours and parking spaces.

Alternative treatment centers approved by the CRC to sell to the adult-use market are also required to meet critical social equity standards, including providing technical information to new cannabis businesses owned by individuals who have lived in economically disadvantaged areas or have had cannabis-related convictions in the past. The centers will continuously be assessed on hiring and management diversity, support for community programs and the percentage of minority-owned vendors or suppliers with which they contract. 70% of the sales tax collected on adult use cannabis sales will also go towards communities affected by marijuana-related arrests to further these social justice and equity goals.

Senate President Nick Scutari (D-Linden), the architect of both the medical marijuana and adult use cannabis laws, was thrilled the day finally had come.

“This is a milestone that marks real progress in creating a new cannabis industry that creates jobs, generates economic activity and offers opportunities to the communities that were hurt the most by the failed policy that criminalized marijuana,” he said. “By replacing the past drug laws with a regulated system for adult use cannabis, we are ending an era that wasted criminal justice resources, damaged the economic wellbeing of communities and destroyed lives.

“I hope to see more progress in the expansion of the cannabis market so that New Jersey continues to be a leader with the most significant social justice reforms of our time.”

“Today’s launch marks the latest major milestone in what has been a long journey to stand up an adult-use market in New Jersey,” he said. “As these initial retailers begin New Jersey’s first recreational sales, I am particularly excited to see the growth trajectory of the industry and what will be achieved for our economy through reinvestments into our communities.”

About a dozen dispensaries begin legally selling recreational marijuana in New Jersey on Thursday, nearly 18 months after voters approved legalizing pot in a statewide referendum. Most poll respondents were understanding about the long delay; 22% said it was reasonable and 50% had no opinion. About one in four (27%) found the delay unacceptable.

New Jersey will dedicate 70% of tax revenue raised from recreational marijuana sales to economically struggling communities most harmed by past marijuana convictions. Asked for their spending priorities in those areas, the top responses were education (37%) and social services (13%).

Women dominate new thriller … on screen and off