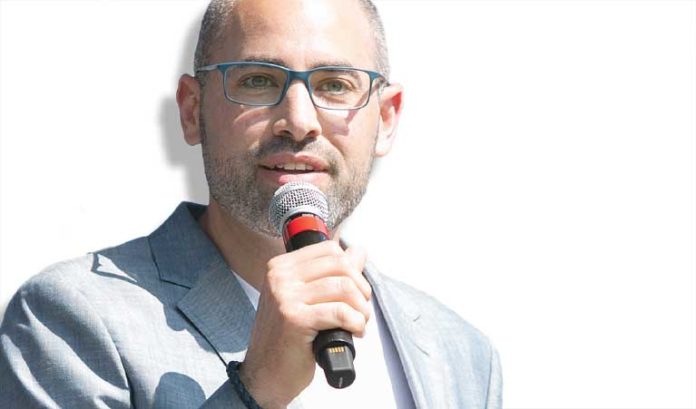 TechUnited: New Jersey is embarking on an ambitious undertaking.

The Jersey City-based organization is launching BetterFutureLabs, a startup studio that acts as the institutional cofounder that establishes new companies designed to solve the hard problems corporations face, according to Aaron Price, CEO and president.

Working with large enterprises and universities in New Jersey, BetterFutureLabs will identify specific problems that need to be solved, and then create and fund teams to solve them.

The first BetterFutureLabs is expected to open later this year, and the first cohort will be located at New Jersey City University in Jersey City, one of the most diverse universities in the state.

“This is an important complement to the governor’s Evergreen Innovation Fund and other efforts to support New Jersey’s innovation community. BetterFutureLabs is a very practical part of the solution to make sure that New Jersey continues to grow in tech,” Price said in a recent interview.

Price is currently hiring a managing director for the program, and is looking for more corporates to participate in this venture. He noted that some of the big companies in New Jersey he’s spoken with have identified potential challenges — for instance, how their industry can be helped by Big Data, how they can leverage 5G or how New Jersey can lead the evolution of innovative changes in health care.

“We work with our corporate partners to identify their challenges. Then we can identify a founder in the marketplace and maybe some existing (intellectual property) in the university network. We will invest money, mentorship and a team alongside of that founder to build the company from day one,” Price said.

“By working closely with our partners, we can speed up the feedback cycle. We can get real customer feedback quickly, so that we’re building a company that solves a real problem. By doing this, we can have a major economic impact and solve real problems. The region benefits because it’s all happening in New Jersey, driving economic value and job creation.”

Price noted that he expects to be able to back these new startups with enough cash to get them through to the acquisition of their first customers and first round of financing, with a goal of  $500,000 committed to each BetterFutureLabs startup. That’s a number that’s not typical for accelerators in this area, although Newark Venture Partners Labs provided $120,000 to companies to start, and the HAX hard tech accelerator, which is coming to Newark, will be funding startups with $250,000 to start.

The organization is raising money from a federal government program that has already committed a million dollars, and there may be more money coming from the state, Price said. The large corporations will be putting in some dollars to fill out the fund raise.

“The startups are going to have a full-time founding team. We are going to drop in someone who can be the CTO and also supply a business development resource, all aimed at helping the startup get to its first real capital raise. … We come in as this SWAT team and build these companies, give them a little bit of funding to get them going, and bring in a potential client so that their chances of success are significantly greater because we have everyone around the table to support the startup.”

The significant financial backing for BetterFutureLabs makes this a big ambitious project, and NJTechWeekly.com asked Price about this. He said: “I didn’t get involved with TechUnited:NJ to make small steps. And this is another ambitious step forward. It’s a big move in the right direction to fill a void in the market that New Jersey desperately needs.”

Price acknowledged that the BetterFutureLabs startup studio model is an unusual one for New Jersey. He noted that the best-known example of this kind of incubator/accelerator is Idealab, which came out of Pasadena, California, in 1996. The industry has grown, taking many different shapes, he said, but all of these startup studios around the world are about growing companies from scratch.

“People don’t realize that some very, very successful companies have come out of this model, like Picasa, which is now Google Photos; Instapaper; Yelp; Dollar Shave Club; Change.org; and Medium. There is a history of success here,” he told us.

“Companies that come out of startup studios tend to raise money four times faster, and tend to be three times more valuable than other startups. So, I’m a big believer in this model overall. And I’m also a big believer in using this model to fill the void that exists in New Jersey.”

Connecting universities, corporations and startups to fill a void

NJTechWeekly.com asked Price to talk about the void that needs to be filled. He said that it is well-known that New Jersey is one of the top locations for Fortune 500 companies and also has an incredible university community, including one of the top private universities in the nation and many other top universities.

“Our talent is also incredible. There are people here who could easily be founders of these companies, and we’re particularly interested in diversity in leadership from day one,” Price said. “What’s been lacking has been the connectivity among New Jersey’s incredible assets. This model will get the universities in the room with the Fortune 500 companies, where university IP could be used to help the big companies solve problems and the startups thrive.”

And this will generate more startup action in the state, he said.

“And we are interested in bridging the entrepreneurial community with Princeton,” he said.

The startup studio expects to launch four companies a year.

“And then, over time, we will raise more capital and add more companies each year,” he said.

“I don’t think our success is measured in the volume of businesses. I think it’s going to be measured in how many exist five and 10 years out, how many people they employ, what value they created and how they made a real impact in their industry.”

He added that, for investors, these startups will be substantially derisked because these companies will be aligned with real-world problems that make a difference and that will eliminate pain points.

“We talk about our mission around building a better future for all. We expect these companies to be committed to things that are significant to us. Some of them will be about climate technology, an evolution of TechUnited:NJ’s BetterPlanet program,” he noted.

Price likes to think about inevitabilities, where things are going in a certain direction and will happen without fail. He believes that these startups can make those things happen faster.

“These are the most meaningful opportunities, and the ones I’m focused on first,” he concluded.