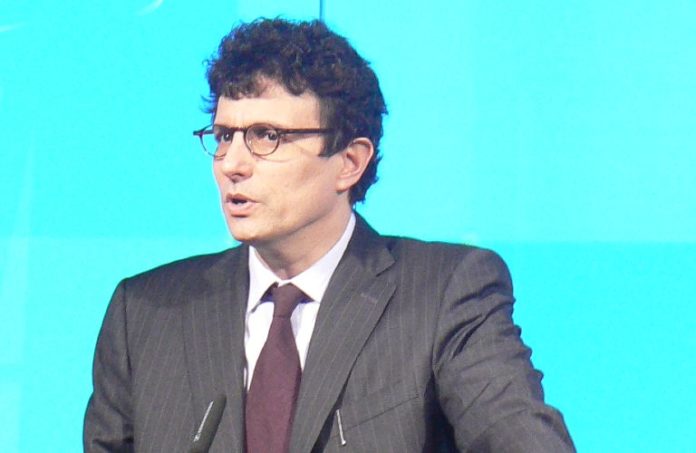 David Remnick, a Pulitzer Prize-winning journalist and author who has elevated the New Yorker’s prominence as editor since 1998, will be the 2022 commencement speaker for Rutgers University on May 15, the school announced.

Remnick, a New Jersey native (and Princeton University graduate), will be awarded an honorary doctor of letters degree when he addresses graduates at the school’s 256th commencement — the school’s first in-person graduation since 2019.

“As a New Jersey native, I feel tremendously honored to deliver the university’s commencement address this May,” Remnick said. “The Class of 2022 will leave Rutgers at a time of great upheaval — in the world, in our own country — and, yet, it’s the passion and resilience that these young people show that gives me great hope in our collective future.”

Rutgers President Jonathan Holloway said he is eager to celebrate.

“What a joy it will be to gather together at SHI Stadium to celebrate our graduates with family, friends and our esteemed honorary degree recipients, who have worked diligently to make the world better-informed, educated, healthy and equitable,” he said.

Award-winning journalist Maria Hinojosa will deliver remarks (and be awarded an honorary degree) at the Rutgers-Newark ceremony May 16 at the Prudential Center. Wayne Meyer, a community development leader who served as CEO of New Jersey Community Capital for 12 years until he retired last summer, also will receive an honorary degree.

Remnick, who joined the New Yorker as a staff writer in 1992 and became editor in 1998, has reported from around the globe and written profiles of many well-known figures, including Barack Obama, Bruce Springsteen and Katharine Graham.

Remnick began his reporting career in 1982 as a staff writer for the Washington Post, which led to a four-year tenure as the paper’s Moscow correspondent, starting in 1988. That experience formed the basis of his 1993 book on the former Soviet Union, “Lenin’s Tomb: The Last Days of the Soviet Empire,” which received both the Pulitzer Prize for nonfiction and a George Polk Award for excellence in journalism. He authored five more books, including a biography of Obama, “The Bridge.”

Under Remnick’s leadership, the New Yorker has won a record 55 National Magazine Awards, including multiple citations for general excellence, and has been named a finalist 192 times — more than any other publication. In 2016, the New Yorker became the first magazine to receive a Pulitzer Prize for its writing. In all, the magazine has won six Pulitzers, including the gold medal for public service.