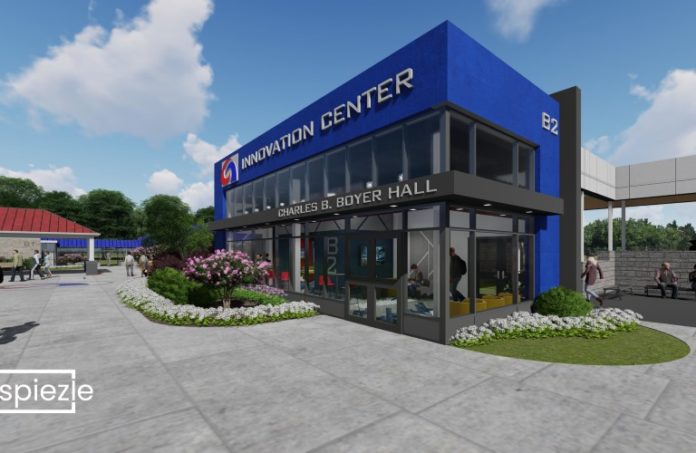 Construction is underway on the new Innovation Center at Atlantic Cape Community College, which will offer esports and cybersecurity programs in a state-of-the-art facility on the Mays Landing campus in the fall.

The Innovation Center will replace the existing Boyer Hall, one of the oldest buildings at the college, constructed in 1967. Funding for the project was provided through a $4 million New Jersey’s Securing Our Children’s Future Bond Act grant and $1.33 million from Atlantic County.

“Atlantic Cape Community College will transform a dated facility into a state-of-the-art building for instruction in the fast-growing industries of esports and cybersecurity, positioning Atlantic Cape as the region’s leading resource for esports and cybersecurity career advancement,” Josette Katz, senior vice president of academics at Atlantic Cape, said. “Our students will have a significant advantage in two of the most in-demand fields currently.”

The esports industry complements the region’s largest industry, hospitality/casinos, and the Atlantic County Economic Alliance has highlighted its significant growth potential. In addition, cybersecurity is one of the nation’s highest in-demand fields, including in New Jersey, and the Atlantic County cohort of the South Jersey STEM & Innovation Partnership has emphasized the need for career and technical education training capacity for cybersecurity.

Under the renovations, Boyer Hall will be reconfigured with an esports lounge and new computer labs; Richards Hall with new classrooms; and Morse Hall with faculty offices. The buildings will become a smart hub for forward-thinking, technology-laden curriculum.

In addition to the Innovation Center, Atlantic Cape is also currently in the midst of constructing a Wind Training Center at the Worthington Atlantic City campus.

The 1,700-square-foot addition is funded through a nearly $3 million New Jersey Offshore Wind Safety Training Challenge grant, awarded to the college in July 2021 and administered by the Office of the Secretary of Higher Education with the support of the New Jersey Economic Development Authority.

The Wind Training Center is also expected to open in fall 2022.