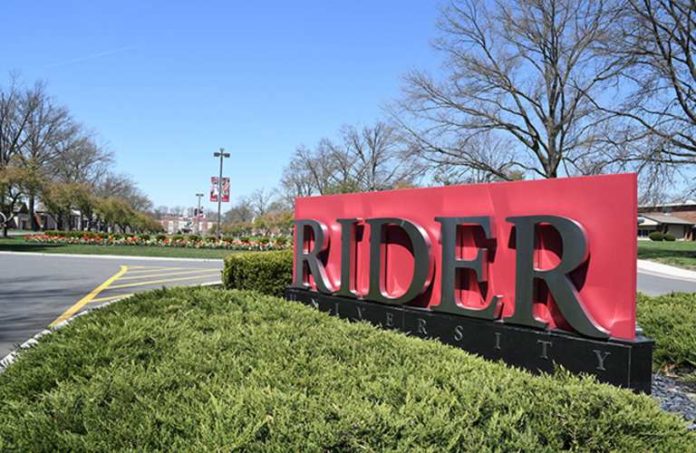 A 9,500-square-foot addition that features a number of new labs and innovative spaces has given cause for Rider University to rename its Science and Technology Center.

The $9 million renovation project was made possible through the generosity of a $4 million leadership gift from Mike Hennessy of the Class of 1982, who passed away in November unexpectedly. The gift is the largest ever received for the sciences, and the catalyst behind the project. Hennessy made the gift in honor of his late wife, Patrice “Patti” Shelmet Hennessy, Class of 1982.

Mike Hennessy was the founder and chairman of the largest privately held independent, full-service medical media company in North America, MJH Life Sciences. He was dedicated to providing health care professionals with resources needed to enhance patient outcomes. He especially focused on improving the lives of those with cancer, inspired by his wife’s recurring battle with ovarian and breast cancer.

“We are incredibly grateful for Mike’s gift and devastated that he was not able to see the impact of his generosity,” said Kelly Bidle, dean of the College of Liberal Arts and Sciences.

On the first floor addition to the building, there is a new greenhouse, a cybersecurity lab, a software engineering lab, an anatomy/physiology lab and accessible restrooms. Also in the space are a number of elements to inspire collaboration and discussion among students and faculty, such as an open floor plan with grouped, informal seating and writable walls. The second floor features a newly constructed artificial intelligence space.

“For a place like Rider that doesn’t have a medical school or medical-based programs, that’s huge to have that opportunity for our students,” said Drue Stapleton, assistant professor in the Department of Biology, Behavioral Neuroscience and Health Sciences. “We’re building on the traditional study of cells and tissues under microscopes and adding more applied and clinical opportunities for students to further develop their critical thinking.”

The original 30,000-square foot science building has more than doubled in size since it was first constructed in 1961, with two previous additions having been completed in 1963 and 1994. Since 1994 the university has been adding onto and upgrading its science complex to meet the demands of a continuously evolving science education. Recent renovations include many upgrades to lab spaces, classrooms, common areas and faculty offices.

Intelligence by design: Farvardin believes in future of AI, and he...

All Stars Project names former participant to be youngest board member

Their all-girls high school was going to close. So, they convinced...