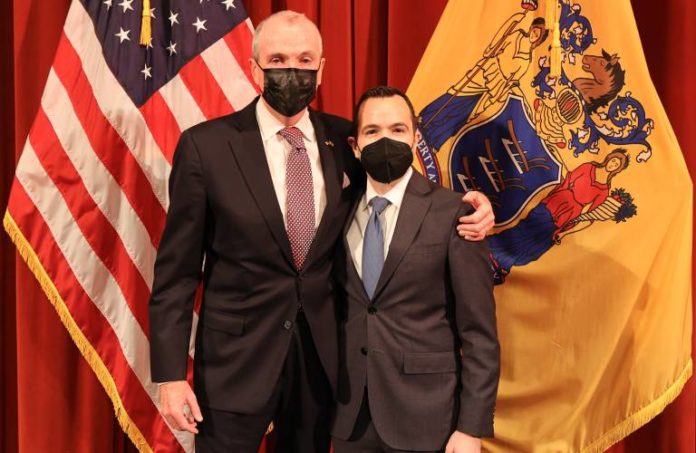 Acting New Jersey Attorney General Matt Platkin on Monday announced new appointments to, as well as some departures from, the Department of Law and Public Safety executive leadership team.

Platkin assumed the duties as acting attorney general in February after being nominated earlier in the month by Gov. Phil Murphy.

“We are fortunate to have such a dedicated group of public servants within the Attorney General’s Office, and they are truly the engine that allows us to accomplish our important work,” Platkin said. “I am thrilled to welcome new members to the senior leadership team, who bring with them a wealth of experience as career prosecutors, devoted public servants and talented attorneys.”

Ruotolo, who has served as director of the Division of Criminal Justice since June 2021, will replace Jennifer Davenport in her role as first assistant attorney general. The former acting Union County prosecutor previously served as an assistant U.S. attorney in the U.S. Attorney’s Office for the District of New Jersey, where she worked in the area of violent crime prosecution, and before that as a line assistant prosecutor in Union County. She clerked for Judge Ellen L. Koblitz when she was presiding general equity judge in Bergen County, and then in the Appellate Division. Ruotolo previously was a commercial litigator at McElroy, Deutsch, Mulvaney & Carpenter.

Shirley Emehelu will be appointed as the executive assistant attorney general and will serve as the third-ranking official in the office. Emehelu will replace Christopher Edwards, who is stepping down from his role to be nominated as a judge of the Superior Court. Emehelu is currently a member of the White Collar Criminal Defense and Government Investigations Group at Chiesa Shahinian & Giantomasi, and also co-leads the firm’s Banking and Finance Group. She previously served as chief of asset recovery and anti-money laundering for the U.S. Attorney’s Office for the District of New Jersey, overseeing various statewide programs, including federal asset forfeiture, money laundering and victim restitution.

Pearl Minato will replace Ruotolo as the director of the Division of Criminal Justice. Minato, currently senior counsel to the acting attorney general, is a career prosecutor, with over 25 years’ experience in law enforcement. Previously, Minato served as chief of staff for the Office of Public Integrity & Accountability and a deputy attorney general with the Corruption Bureau, the Office of the Insurance Fraud Prosecutor and the Statewide Narcotics Task Force. Minato started her career as an assistant prosecutor with the Camden and Cumberland County Prosecutor’s Offices, where she litigated numerous street and violent crimes cases.

Michael Long is taking over the role of director of the Division of Law from Michelle Miller, who has led the Division of Law since 2015, and will be stepping down to assume a senior role in the division. Long, currently a partner with Lowenstein Sandler, will lead the largest law firm in the state, with over 500 attorneys, and which is responsible for providing legal advice and counseling to executive branch agencies. Long clerked for New Jersey Supreme Court Chief Justice James R. Zazzali.

Cari Fais, previously named as Murphy’s nominee as the next director of the Division of Consumer Affairs, will join the office as acting director, pending her Senate confirmation.

Derick Dailey, an associate from Davis and Gilbert, joins the office as senior counsel to the acting attorney general. Dailey previously served as an assistant U.S. attorney for the District of Delaware, where he led civil rights investigations, prosecuted white collar crimes and was chief of the Financial Litigation Unit charged with recovering millions of dollars in federal restitution.

Sundeep Iyer will serve as assistant attorney general and senior counsel to the acting attorney general. He joins from Hogan Lovells, where he has been serving as a special attorney for the state of Minnesota in the matter of the death of George Floyd. Iyer previously clerked for U.S. Supreme Court Justices David H. Souter and Stephen G. Breyer, as well as for then-Judge Brett M. Kavanaugh on the U.S. Court of Appeals for the D.C. Circuit.

Daniela Nogueira has been named senior counsel to the acting attorney general, comes from the World Bank, where she worked on foreign government use of technology and data. She previously worked in the New York Attorney General’s Office overseeing complex civil litigation, including matters involving immigration and COVID-19.

Other senior members of the acting attorney general’s leadership team will remain in the office: