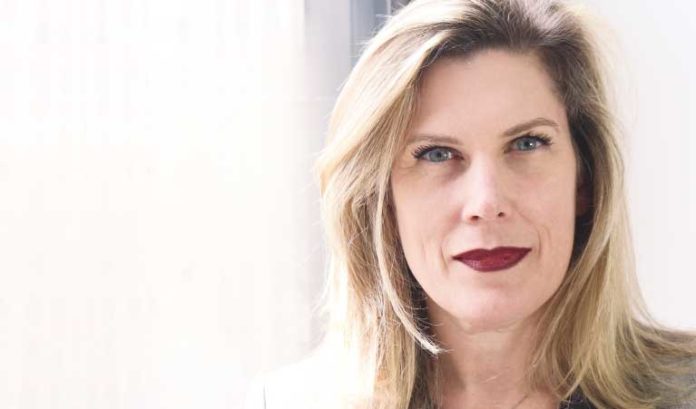 BlockFi is one of the new and different role-players in financial services. And, like the other cryptocurrency firms that now call Jersey City home, it’s generating buzz.

But that doesn’t mean its hiring needs are new or different.

“We have tons of people clamoring here and wanting to get involved with crypto,” said Laura Cooper of BlockFi. “Yet, we also have the same struggles companies worldwide are facing regarding employee retention and attrition.”

BlockFi is one of the region’s private companies that have attracted major venture attention, including the backing of billionaire entrepreneur Peter Thiel. But you might be as likely to find a “Help Wanted” sign on it as any of the retail businesses around it.

Cooper said that, in the market overall, companies are finding highly skilled workers highly in-demand. And, even if you’ve got the momentum of a startup in an emerging sector behind you, looking for a skilled, capable crypto-veteran in today’s labor market …

It’s not just like finding a unicorn, it’s finding a “purple unicorn,” as Cooper described it.

Cooper sums up BlockFi’s mission as becoming “the most trusted provider of crypto-powered financial services.” The company offers users the option of lending against their digital assets. Their platform also offers the purchase and sale of these currencies and the potential to earn Bitcoin, Ethereum and other coins with a rewards credit card.

But Cooper noted that BlockFi doesn’t just hire those who have experience in the still-developing cryptocurrency space, but “hire based on character first, and the skills will follow.”

There’s always the risk of a cutting-edge startup being, well, first-of-its-kind.

It was a costly first-of-its-kind in the case of BlockFi, which in February agreed to a settlement with the Securities & Exchange Commission that had the firm paying $100 million total in penalties to states and the SEC.

Although it has been indicated for some time that financial regulators would step up enforcement of the cryptocurrency space, this was the first official enforcement action against a crypto lending platform.

The SEC invoked the Investment Company Act of 1940 to allege that the company’s retail digital asset accounts, BlockFi Interest Accounts, were unregistered securities. The SEC also accused the firm of failing to update statements on its website that violated the Securities Act of 1933.

On its website, the company states that the BlockFi Interest Account is no longer available to new clients in the U.S., and that U.S. residents with the accounts are unable to transfer new assets into them.

A statement from Zac Prince, founder and CEO of BlockFi, said the company has “always known that strong engagement with regulators would be critical for the adoption of financial services powered by cryptocurrencies” and that the company would be introducing “a new, SEC-registered crypto interest-bearing security” called BlockFi Yield.

However, hiring entrepreneurial individuals that fit the mold for a startup hasn’t been a simple task, even for as talent-rich as the Jersey City region is. And the labor migration narrative also gets interesting when taking the perspective of a startup in the region.

“What we’re finding is that new and emerging companies are willing to pay a tremendous amount of money to people with previous crypto experience if they’re willing to take the risk of going to a less-stable, less-steady company than BlockFi,” Cooper said.

Cooper, who added that her company is not one to “throw shade” at other companies in the space, does say that what’s become important for it is educating its hires about what the market looks like — and why BlockFi’s leaders believe the company has that stability others may lack.

As part of that, Cooper said the company has embraced a policy of transparency for its employees that they appreciate.

“We’re always transparent with them about where we’re going, what some challenges are we’re facing, what’s working, what went sideways,” she said. “We work hard to embrace a global environment, as a global company, where everyone feels connected.”

As the company’s chief people officer, Cooper’s high-reaching aspirations are for BlockFi to be the sought-after workforce destination in the cryptocurrency space. The goal, which she believes it’s already started curating, is a place where employees know they’re going to find low social friction and no strict hierarchy.

“For us, that’s really a linchpin that’s going to keep people with the organization,” she said. “And there’s no greater message than people who have left and come back to the company, which we’ve had multiple people do, because they couldn’t find what they thought they could somewhere else, and they miss their BlockFi team.”

Health Care
Linda Lindner -
August 11, 2022
Sannova, a Somerset-based service provider to the pharmaceutical, biotech, and clinical partners across the globe, on Wednesday announced it was acquired by SFW Capital...