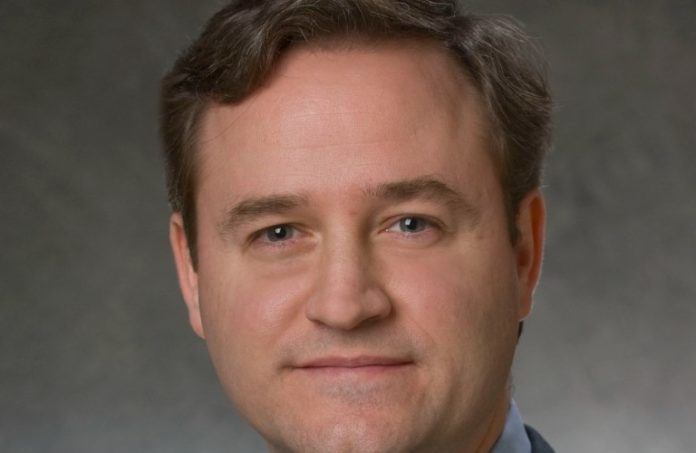 Banker Pat Ryan conveyed that last year was better for clients and customers than anyone expected going into it. On a quarterly basis, the bank has posted solid deposit growth and strong earnings; best of all, lending has remained steady throughout.

The CEO and president of Hamilton-based First Bank rattles off those and other positives about banking and the economy at large … in an almost somber tone.

In banking, it’s rarely the right time for celebration.

“We have to be prudent,” Ryan said. “It’s easy when times are good to think it’s going to be good in the future. But, as stewards of finances in the economy, we have to make sure folks aren’t getting overleveraged and that they can withstand economic stress.”

With inflationary woes and other anxieties cropping up in the global economy, Ryan said as good as things might be for the banking sector, there’s a feeling that a breakdown in the decadelong revving of the economic engine could be felt sooner, rather than later.

Even if those warning signs have amounted to little disruption in the economy in recent years, bankers still feel enough of a need to prepare clients for the seemingly inevitable.

“Most economists at this point are predicting a recession by 2023, with some saying it could be as soon as this year,” he said. “Loans made now are going to have to withstand that downturn.”

Pete Dontas of Wells Fargo isn’t too surprised to see these predictions pile in, with the Federal Reserve announcing in March it would raise interest rates for the first time since 2018.

Dontas, executive vice president and market executive in the national bank’s New Jersey footprint, said companies and consumers are both reckoning with the uncertainty of higher prices that those rate hikes are meant to keep in check at the same time. The costs of raw materials such as steel and lumber, the costs of transportation on overseas container ships and shortages of crucial manufacturing parts have fed into that trend.

“If all of the inputs into whatever the products are have gone up, that’s going to be impacting the sales price that’s passed along to the end customer,” Dontas said. “Right now, that’s affecting everything.”

While banks are advising clients about how to account for inflation and the potential of recession, they’re also attempting to keep themselves from being overexposed to any particular segment of the economy.

But, as it stands today, companies are largely continuing to recover in full from the worst of the pandemic’s impact on business. And their lenders don’t feel as vulnerable as they did (or didn’t, but should’ve) when facing past recession cliffs.

“If I look at our portfolio, it’s actually in as good of shape as it has been in recent memory,” Dontas said.

That’s the message John McWeeney, CEO and president of the New Jersey Bankers Association, wants to convey, too.

Banks, in his view, aren’t likely going to be in too much trouble.

“Banks are well-positioned,” he said. “They’ve felt like they’ve made good lending decisions and they’re well-reserved … even if, as rates continue to rise, there’s the potential that a slip into recession will raise some challenges.”

McWeeney added that banks usually perform well in a rising interest rate environment because the returns on loans they’re making usually increase more quickly than the rates paid out on deposits they’ve gathered.

Mike Affuso, McWeeney’s colleague at the trade association (and, soon, successor, after McWeeney’s planned June retirement), said there’s an awareness in the industry of the always-lurking potential for a recession, whether triggered by those raised rates or something else.

But, he’s not sure how helpful it is to fret about the timing.

“We get into this game of forecasting when it’s going to come,” he said. “I think any passive person just watching the economy knows it’ll come at some point in the future. Recessions are inevitable.”

Recession or not, Tom Comiskey, regional president at M&T Bank, said about three-fourths of business owners expressed confidence about their business prospects moving forward in a survey from Wilmington Trust, the wealth management arm of M&T.

“So, clearly, companies, as well as individuals, are feeling good about the economy,” he said.

And yet, Comiskey senses the same nervousness from some clients and the industry around him as anyone else.

After a whirlwind few years — how could you not?

“There’s certainly a lot to keep a close eye on,” he said. “But we’re still very bullish right now.”

Add Bank Leumi USA to the long list — that’s always getting longer — of banks whose websites have banners that redirect you to the banks that acquired them.

In this case, Valley Bank‘s digital base is where that click would lead you.

Tom Iadanza, president of the Wayne-based bank, said the $1.2 billion deal combined several features banks are looking for in acquisition-targets today: An expanded customer share in an existing contiguous market, some new market share to grow into where there’s no branch redundancy and some different lines of business that add extra revenue opportunities.

Iadanza said the move was incredibly positive for the bank, which has grown organically (10% within the past year in New Jersey) and through acquisitions to become the 29th-largest publicly traded U.S. bank.

Valley is one of several larger Garden State community banks that have their flag flying now over regional banks that have sometimes struggled to keep pace with disruptions in the banking sector.

Mike Affuso, executive vice president and director of government relations for NJBankers, said that, even during his 14 years, he’s seen the “more than 120 brick-and-mortar banks” he once told legislators he represented in testimony dwindle to half that.

Both expect consolidation to continue.

“Banks are going to continue to face pressure in trying to achieve scale, they’re dealing with rising regulatory compliance burn, there’s pressure to invest in technology — and it’s harder for smaller institutions to absorb these costs,” he said. “You also have management or board succession issues that aren’t going away.”