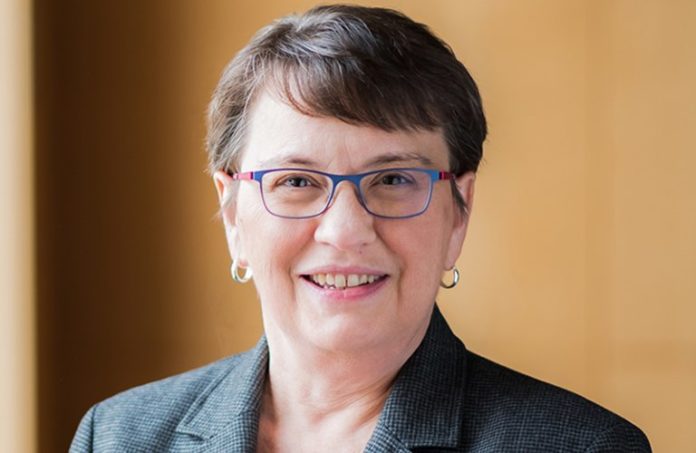 Dr. Amy Murtha, an accomplished researcher and a specialist in maternal-fetal medicine, has been named dean of the Rutgers Robert Wood Johnson Medical School, the school announced Monday morning.

Murtha, who will join Rutgers in August, assumes the role from Robert Johnson, who has served as interim dean since 2019.

Murtha comes to Rutgers from the University of California, San Francisco, where she was a professor and chair of the department of obstetrics, gynecology and reproductive services.

Murtha, who is originally from New City, New York, and has lived previously in Woodbridge, said she is eager for the opportunity.

“I am honored to be offered this opportunity to lead Rutgers Robert Wood Johnson Medical School and to build on its solid foundation of outstanding clinical care, excellence in research and high-quality education,” she said. “I am also looking forward to getting to know the community and returning to the East Coast.”

As dean, Murtha will aim to further Rutgers Robert Wood Johnson Medical School’s reputation as a nationally ranked, research-intensive medical school with a reputation for superior education, innovative research and scholarship and excellence in patient care. She will continue in advancing the diversity, equity, inclusion and missions of the school and expanding research opportunities and training for students, underrepresented minorities and women scientists.

“We are looking forward to Dr. Murtha joining Rutgers, where her primary goal will be to lead the education, faculty development, research and clinical missions of Robert Wood Johnson Medical School,” he said. “Her record of leadership, extensive scientific expertise, and enthusiasm in nurturing the careers of faculty will further our mission as a nationally recognized and leading academic health center.”

Prior to serving at USF, she was a professor at Duke in the Department of Obstetrics and Gynecology and Department of Pediatrics and past vice chair for research in obstetrics and gynecology. Murtha led the establishment and direction of the Duke Clinical and Translational Science Institute’s clinical research unit and raised the department’s National Institute of Health funding ranking from No. 57 to No. 17.

Murtha’s research focuses on preventing premature births and seeks to identify the best ways to diagnose and care for patients at risk for preterm birth, particularly for pregnancies complicated by the premature rupture of the fetal membranes. By understanding the causes for this condition, she hopes to determine strategies for prevention and early detection. As a clinician-scientist, she has the unique perspective of understanding the clinical implications of both basic and laboratory research.

A skilled academic administrator, Murtha has a wealth of experience in clinical management while enhancing research portfolios. She also has a keen interest in mentoring junior faculty careers in academic medicine and has created training programs that balance basic and clinical research with a comprehensive clinical experience.

Murtha earned her medical degree from the Medical College of Pennsylvania, which is now the Drexel University College of Medicine. She completed a residency in obstetrics and gynecology at Duke University Medical Center as well as a fellowship in maternal-fetal medicine.

The cat’s meow: Since 2010, HousePaws founder has gone from unemployed...