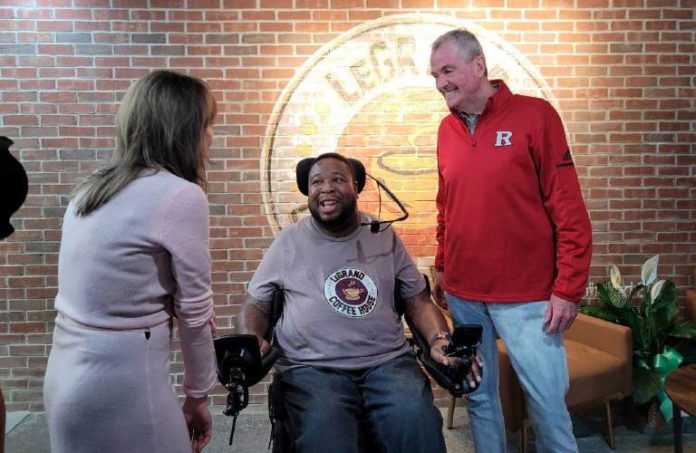 Or so he was during the grand opening of LeGrand Coffee House on Saturday in Woodbridge.

The coffee house, which originally was scheduled to open in 2020 but was delayed by supply-chain issues — not to mention the pandemic — opened to a huge crowd.

Which is just what LeGrand wanted, but not necessarily because of business reasons.

“I wanted to bring people together,” he told TapInto Woodbridge. “The world was at each other’s necks in 2020 when I got the idea to open a coffee house.

“I wanted to create a place where people can come, forget about the stuff that’s going on in the world and just have a good time, enjoy conversations and enjoy each other.”

That certainly was the case on Saturday.

LeGrand, who was paralyzed during a football game at Rutgers in 2010, said it was great to see so many friends in attendance for a day that was tough to get to.

“It’s been a grind — no pun intended there — but, behind the scenes with this whole buildup, we had to go through inflation, supply chain setbacks, but we were able to weather the storm and here we are today,” LeGrand told NJ Advance Media.