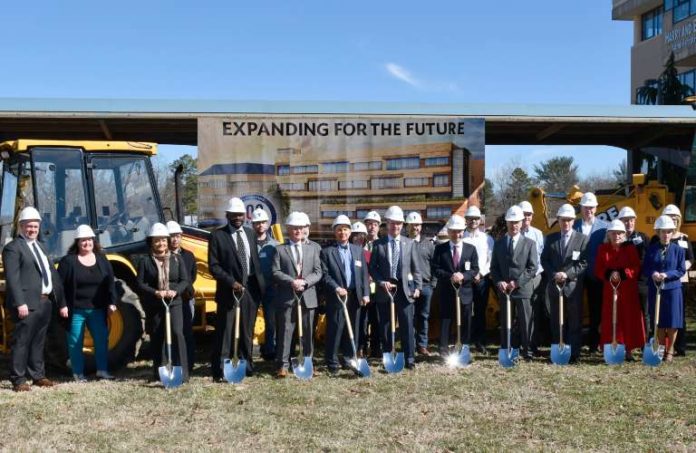 The Deborah Heart and Lung Center, which was founded in 1922 as a single-cottage entity in the South Jersey hamlet of Browns Mill as a rural place of healing for tuberculosis sufferers in the New York City area, but has grown into a four-county entity that has helped patients from every state and 87 countries around the world, celebrated its 100th anniversary this week.

The facility, founded by New York City philanthropist Dora Moness Shapiro, is now a landmark institution in health care, one that recognized disparities in health care coverage — and solved them — decades before many others even realized there was a problem.

Deborah CEO and President Joseph Chirichella said he was proud to mark the occasion by honoring Shapiro’s vision.

“One hundred years ago, our founder, Dora Moness Shapiro, was determined to help those who could not afford the cost of health care,” he said. “Dora was a pioneer in health care, recognizing that health disparities create barriers to accessing care. This drive gave rise to a 100-year legacy of caring that has since allowed Deborah to heal 2.3 million patients without ever billing a patient for care provided at the hospital.

“These extraordinary statistics prove how one person’s dream to make the world a better place can create a powerful surge of immense good.”

The Deborah Heart and Lung Center was founded as a place of healing for TB sufferers.

Tuberculosis, caused by bacteria and easily spread from person to person, was rampant among New York City’s poor at the time, largely because of their living and working conditions, which were often cramped, with no indoor plumbing and improper ventilation. Back then, the only relief from TB was fresh air, a high-calorie diet and relaxation.

Shapiro, seeking a rural location within driving distance of New York City to provide refuge for those less-fortunate individuals who could otherwise not afford this care, found her hospital in what she called the “healing airs” of the Pine Barrens. She purchased a small group of cottages where a physician was already treating TB patients — then hired the physician.

Shortly thereafter, the center was treating patients — for free.

“There is no price on life,” Shapiro said in 1923, when she incorporated the Deborah Jewish Consumptive Relief Society, whose fundraising supported Shapiro’s vision that no patient would be turned away from care because they could not pay.

One hundred years later, today’s Deborah Hospital Foundation — and its team of volunteers — continues this tradition.

By the 1950s, antibiotics were widely used to treat TB. During a 30-year span, Deborah physicians and staff had become experts in treating diseases of the chest. Building on the foundation that Shapiro built, Deborah transitioned from a tuberculosis sanatorium to a specialty hospital in 1957.

The hospital’s transformation into a world-class specialty heart and lung center was spearheaded by the work of Dr. Charles Bailey, a pioneering heart surgeon who performed the first open-heart surgeries in New Jersey, on July 28, 1958.

In recognition of his revolutionary techniques, Bailey was featured on the cover of Time magazine in an article titled, “Inside the Heart, Newest Advances in Surgery,” which introduced the world to the work being done by Bailey at Deborah.

The hospital also began attracting many benefactors, including Albert Einstein.

The hospital has grown in size and scope over the years.

It now is a 55-acre medical campus (with partner medical practices located in Atlantic, Burlington, Mercer and Ocean counties) and has expanded its care, adding services that relate to heart and lung disease, including vascular surgery, diabetes care, sleep medicine, wound care and rehabilitation services.

Additional milestones in the hospital’s expansion included the creation of a clinical research program in 1981, collaboration on the establishment of an emergency room in 2010, and the construction of a 60,000-square-foot, three-story medical office building in 2018 offering services needed in the community, including physical therapy, pharmacy, podiatric medicine, urgent and primary care, obstetrics and gynecology, pain management and a comprehensive ambulatory surgery center scheduled for opening in late 2022.

Named a Top Teaching Hospital by the Leapfrog Group, Deborah has trained talented and highly skilled fellows since 1965.

Deborah fellows spend between one and five years in training (depending on the area of focus) and leave Deborah with hands-on practical experience gained by working in a cardiovascular facility that treats over 70,000 outpatients and 4,000 inpatients; and performs 1,600 surgical and 6,000 nonsurgical procedures each year.

The Deborah fellows are part of the future of the country’s heart care, training with an organization of clinicians committed to quality and recognized by the Society of Thoracic Surgeons as a leader in cardiac outcomes, and the New Jersey Department of Health for having the lowest risk-adjusted mortality rate in the state for cardiac surgery.

In the tradition of founder Dora Moness Shapiro, Deborah has furthered its commitment to patients in the region, having commenced a $108 million capital investment project. Aimed at meeting quality of care, privacy and comfort standards consistent with the offerings of a world-class specialty hospital, the project recently began construction.

This project will result in the addition of three new floors to the main building of the hospital, creating new all-private patient rooms, the renovation of existing patient rooms and the addition of bedside technology and decentralized work stations for medical staff. There are also plans for a new state-of-the-art cardiac catheterization lab, a new state-of-the-art electrophysiology lab and an updated pharmacy clean room. Once completed, the investment in new infrastructure and inclusion of forward-looking technology positions Deborah Heart and Lung Center as a leader in care for the next 100 years.

Chirichella said the organization is eager to see what comes next.

“Deborah’s excellence is built on a combination of innovation in medical advances, clinical research, investment in the future of medicine, embracing new technology, educating physicians and caregivers of the future, adhering to the highest ethical and medical standards and an unwavering commitment to the Deborah team, our community and our patients,” he said. “Everyone who has worked here, volunteered at the hospital or helped fundraise in support of the Deborah mission that allows for equal access for all patients, regardless of ability to pay, has played an important role in Deborah’s history.

“We are all so proud of the hospital we have helped create and are proud to celebrate its 100th anniversary this year.”

BioCentriq opens at NJII: ‘This is a complete game-changer for N.J.’

HMH gets approval for its COVID-19 test, immediately puts it into...