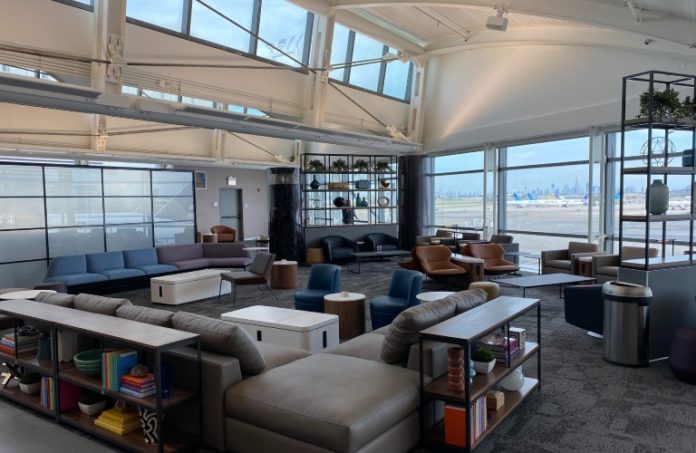 There is 30,000 square feet of lounge, bar, relaxation and work areas — all of which come with complimentary food and drink and wall-to-ceiling views of Newark Liberty International Airport.

There is plenty of open space in well-lit areas filled with pictures and murals from local artists.

There are a half-dozen showers — if such a refresh fits into your travel needs.

And, perhaps most importantly, there are enough power outlets to easily serve the up to 500 people that United officials aim to serve.

United Airlines opened its new United Club at Newark airport Thursday morning. It’s a club that Kevin Moritmer, the director of premium services and clubs at the airline, feels not only has everything a traveler could want, but one that makes the airline — by far the biggest carrier at Newark — stand out from the rest of the competitors.

“We’re all in this same business — we’re providing a service from Point A to Point B and, oftentimes, we are all very competitive from a cost perspective — so, it’s the things like a club and our focus on customer service that separates us from somebody else,” he said.

The club costs travelers $650 a year or $59 for a single visit. Members are allowed to bring two guests with them on every visit. 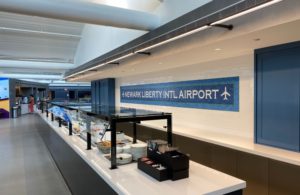 Visitors can expect standard fare: sandwiches, salads, pasta and snacks, plus a complete coffee bar and regular bar. Only top-shelf liquors come with a charge. The club is not designed to provide upscale dining, but Mortimer said food options will be enhanced — and alternated — in the months ahead.

The club is located up escalators just past Gate C123 — or all the way to the left after getting through security. The United Club that was stationed far to the right, near Gate C74, closed Wednesday night and will begin a renovation that is expected to be finished in 2023. United also is refurbishing a club in Terminal A that also will be ready in 2023.

Mortimer said it comes at an opportune time as travel is soaring again in the country.

“This is the new look and new feel of our clubs,” Mortimer said. “It just set the benchmark for our future clubs. Some of the things that are really important are vibrant colors and variety of seating options.

“We feel the club offers whatever you’re looking for. You want a more lively atmosphere, bigger bar and a mingling atmosphere? We’ve got it. But if you want something that’s a little more refined and a little more quiet, we’ve got that, too.

“I think the club offers everything that you want for the mood of your day, whether you are on a business trip or getting ready to go on a vacation.” 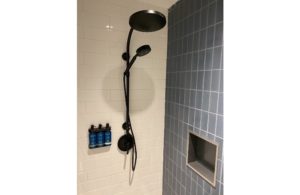 That includes the six shower suites, a luxury that previously was only offered in the more upscale Polaris Lounge — which is available only to those purchasing higher-priced Polaris business tickets.

In addition to sourcing local contractors to build it and local vendors to supply it, United used local artists through the Newark Museum to help provide the various images.

“It was very important to us to have a local flair,” Mortimer said.

Mortimer said the club is another element to United’s push to customer service — a push that includes how it does business and how it interacts with the environment. That’s why the airline not only is promoting its new clubs, new planes and expanded technology, it’s reminding travelers of its commitment to sustainability, even in the fuel it uses.

“This is part of the total experience,” Moritmer said. “All things being equal, we think who is doing more for the world matters for consumers.” 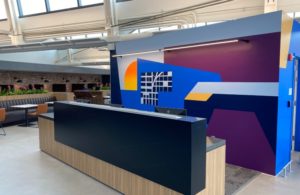 That competition is stiff. At the club level, Mortimer said United understands it not only is competing against other airlines, but against credit card companies, too.

“They see it as a business opportunity; we see it as an extensive of the travel experience,” he said.

The club had a walk-through event for United Club members earlier this month. And, while it is planning a marketing campaign, it does not envision any type of open-house experience. Mortimer is confident the club’s attributes will market itself.

“When the people walked in here at our event, I think ‘Wow’ was the word of the night,” he said. “You could see people were impressed with how great it looked, because there’s nothing like it.”