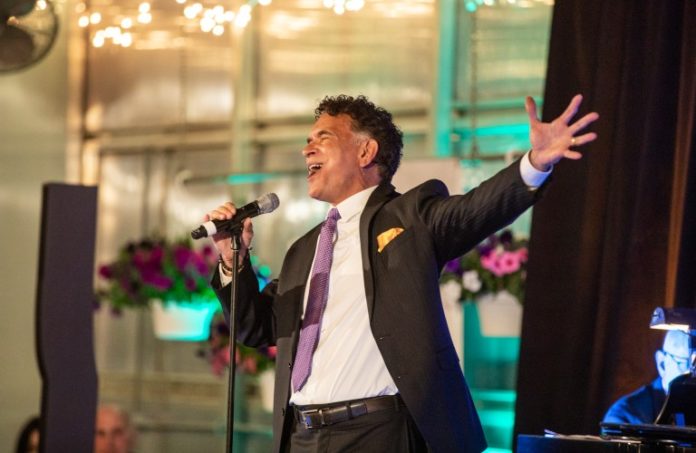 The centennial event included a farm-to-table menu by Fritz’s in New Brunswick and beer specially brewed for State Theatre’s centennial by Suydam Farms’ master brewers. The evening also included a performance by Tony Award-winner Brian Stokes Mitchell, who shared stories of his life and career and sang songs from Broadway and beyond, including Nina Simone’s “Feeling Good” and a powerful rendition of “The Impossible Dream (The Quest)” from “Man of La Mancha.”

“Celebrating our 100th anniversary with an amazing performance by Brian Stokes Mitchell at the beautiful 300-year-old Suydam Farms was absolutely wonderful,” Sarah Chaplin, State Theatre’s CEO and president, said. “This was our first gala since 2019 and a major step forward in our recovery since the pandemic. We are very thankful for the support of our donors.”

This year’s Fête at the Farm gala brought together several historic central New Jersey institutions for the 100th anniversary gala to celebrate a shared history and honor those who made the return to the stage possible. These institutions included: Suydam Farms, a 300-year-old farm founded by some of the first settlers to our area; Magyar Bank, a steadfast supporter of the State Theatre that recently celebrated its centennial anniversary; and our health care heroes, on behalf of Johnson & Johnson, whose commitment to caring for our community throughout this pandemic has made it possible to welcome the public back to the theater once again.