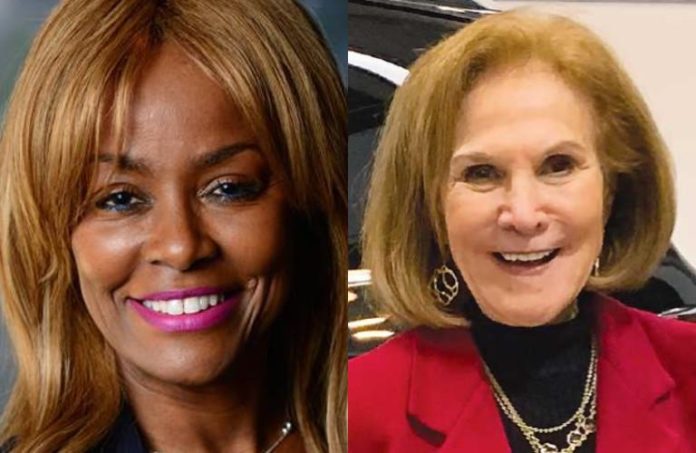 Brenda Ross-Dulan, a top senior executive, thought leader and board director, will be honored with the Caren Franzini Leadership Award at the 8th annual Women Business Leaders Forum, to be held Sept. 28-29 in Atlantic City.

The event, organized by the New Jersey Business & Industry Association, will be held at Caesars in Atlantic City. It is the largest professional women’s conference in New Jersey — and brings together hundreds of corporate and nonprofit leaders, entrepreneurs and students.

Ruthi Zinn Byrne, president of the public relations firm Zinn Graves & Field, will be given the Legacy & Leadership Award in recognition of her decades of public service, business achievements and mentorship of young women.

NJBIA CEO Michele Siekerka said both women are truly deserving of their honors.

“Both of our honorees are true visionaries and trailblazers in the world of business and public service,” she said. “Their unique ability to build relationships, inspire their teams and achieve results — all while opening doors for other women seeking to advance in politics or business — has been remarkable.”

Ross-Dulan, who earned her MBA from the Anderson School of Management at UCLA, is highly regarded in the business community for her strategic leadership. She led the merger between Wachovia and Wells Fargo in 2008 to create North America’s most extensive distribution system for financial services, and served as president of Wells Fargo’s consumer banking group for southern New Jersey. At Wells Fargo, she managed 1,700 employees and oversaw $12 billion in deposits and $5 billion in loans.

After 25 years in the financial services sector, Ross-Dulan launched her own consulting business, the Ross Dulan Group LLC, in 2017. Today, she leads a diverse team and leverages her decades of experience in corporate banking, construction financing for commercial real estate developers and community development and investment to help CEOs and executives across the U.S. solve their toughest business challenges.

Previously recognized as one of the most powerful women in Corporate America by Black Enterprise Magazine, Ross-Dulan has also been a leader in the community by serving on the boards of many organizations and nonprofits, including NJM, the Princeton Mercer Regional Chamber of Commerce, the Chamber of Commerce Southern New Jersey, NJTV, Greater Trenton Initiative and Coopers Ferry Community Development Association.

Ruthi Zinn, as she was known before marrying the late Gov. Brendan Byrne in 1994, got her start in politics in the mid-1970s when she and a few volunteers from the Essex County League of Women Voters took on party bosses in a successful effort to change the county’s form of government to one led by a county executive.

After the successful Essex County charter fight, she and a few of her fellow activists launched a public relations business, Zinn Graves & Field, of which she is now the sole owner. Over the years, Byrne has led her firm beyond the mindset of traditional public relations and marketing into new areas of communications such as board governance consulting, public affairs strategizing, community relations and crisis management.