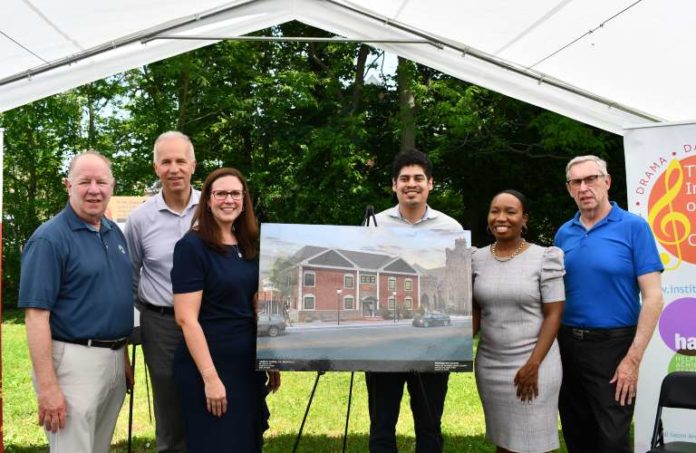 Elizabeth Development Co. has received a $611,700 grant that will be used to revitalize the Historic Midtown neighborhood, it said Monday.

The funding, which will help with the multimillion-dollar transformation of the transit-oriented area, was made possible by Wells Fargo and Valley Bank through the New Jersey Neighborhood Revitalization Tax Credit program overseen by the state Department of Community Affairs.

EDC Executive Director William O’Dea and Wells Fargo Vice President of Community Relations Paralee Knight were joined by local officials at the Institute of Music for Children over the weekend to commemorate the grant.

The funding will support the construction of a new headquarters for the YWCA of Eastern Union County, provide loans and grants to Midtown small businesses, continue support for Midtown youth to attend the Institute of Music for Children and more.

“The NRTC program is an integral component of rebuilding our neighborhoods,” O’Dea said in a prepared statement. “The continued investments made by Wells Fargo have been vital to projects investing in our youth and the women served by the YWCA. They are a great partner.”

“I’m thrilled that Elizabeth’s Midtown is on the receiving end of this substantial NRTC program investment, and that they are using the funds to strengthen small businesses and support youth and the arts in their community,” Lt. Gov. Sheila Oliver, the DCA commissioner, said in a statement. “The NRTC program has a proven record of delivering results that spur economic development and improve neighborhoods, and I look forward to seeing all the good that comes from their revitalization efforts.”

Cross River and Upstart Kitchen team up to provide resources and...

Truth & consequences: With tax reform plans still up in the...

Who will qualify for 90-day mortgage grace period? Here’s what we...