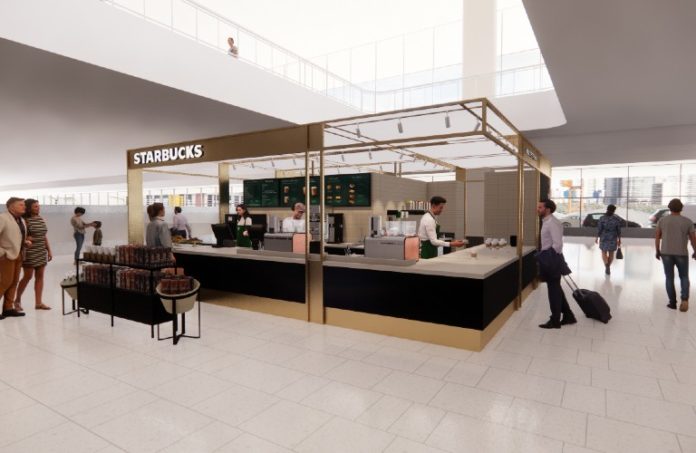 The Port Authority of New York and New Jersey redesign means Terminal A at Newark Liberty International Airport will be a whole lot different when it opens later this year.

As part of its renovations and offerings, the hub announced a world-class roster of regional, national and global businesses that will be bringing their distinctive brands to the transportation facility for travelers who utilize the area. This includes $3 million the Port Authority invested to build out retail space for local businesses from the cities of Elizabeth and Newark.

“The Port Authority’s investment in the inclusion of locally-owned and -operated stores reflects the importance of New Jersey’s small businesses, which act as the backbone of our local economies,” Gov. Phil Murphy said. “Local businesses from Elizabeth and Newark, in addition to several quintessentially Jersey brands, represent the vast diversity of our state’s commercial sector.”

“The new terminal will offer a combination of global and national brands as well as local concepts that create a real sense of place and pride in the state of New Jersey,” said Port Authority Chairman Kevin O’Toole. “We’re committed to delivering exceptional services and amenities to travelers while helping to support the local economy.”

“We are excited about the new Terminal A and the career opportunities and experiences it will offer to our residents and visitors,” Newark Mayor Ras J. Baraka said. “The inclusion of local small businesses in the terminal is vital and it is progress that we can all be proud of.”

Once completed, the new terminal will be a modern, state-of-the art facility and will replace the existing Terminal A, which has outlived its useful time. The new terminal has a design capacity for approximately 14 million passengers annually and 33 common-use gates, providing generous space for a smooth journey through the building from curbside through check-in, security, gate hold rooms and baggage claim.