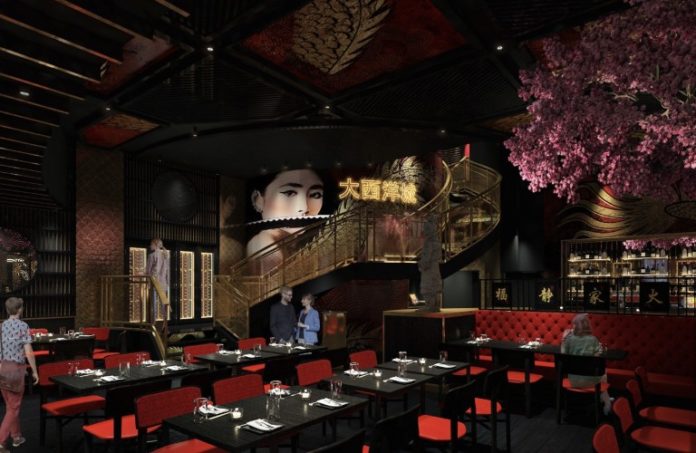 After three months of extensive renovations, P.F. Chang’s has reopened its Atlantic City location as an upgraded flagship restaurant over the Memorial Day weekend. The long-established restaurant is P.F. Chang’s first flagship spot on the East Coast — and third in the country.

It also brings approximately 70 new jobs to Atlantic City with opportunities in both culinary and hospitality fields.

“P.F. Chang’s prides itself in offering an immersive Asian dining experience, and our new flagship restaurant in Atlantic City does that at the highest level,” Art Kilmer, chief operating officer for P.F. Chang’s, said. “We have served this community since 2004 and believe the transformation into a distinct P.F. Chang’s flagship restaurant will continue to provide customers with unforgettable experiences for years to come.”

Standing tall in the middle of P.F. Chang’s upgraded dining room is a cherry tree measuring 13 feet high. Four large, hand-painted murals also grace the new space and include a ceiling mural in the upstairs bar, as well as a staircase mural with glowing, neon characters that read “Atlantic City New Jersey” in Mandarin. Other design elements unique to the Atlantic City flagship location include dragon door handles leading into the bathrooms, where guests will find custom, mosaic tile murals.

Bally’s Atlantic City is on a roll: Casino to give away...