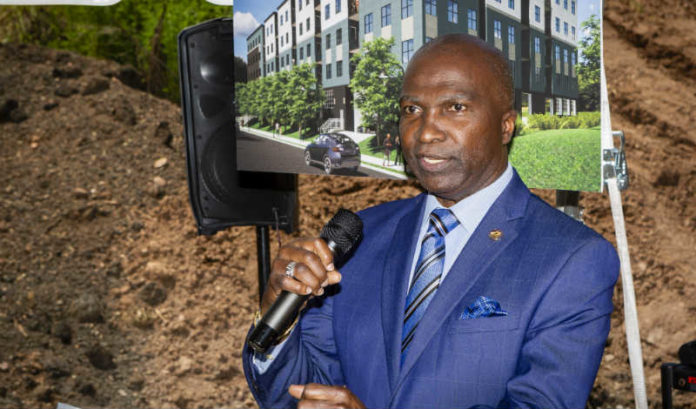 It’s one thing to say you care about your community. It’s another to prove it — time and time again.

Plainfield Mayor Adrian Mapp and the city council announced Tuesday that they city is sending $1.1 million in federal funds to New Jersey American Water to pay the overdue water bill debts of nearly 2,000 residents — all of whom were facing the potential shutoff of services since they were more than 60 days in arrears.

The highest past-due amount paid was $20,000, and the average amount was closer to $600. Mapp, however, said the gesture was more about the value the city places on its residents.

“In the city of Plainfield, we look out for one another,” Mapp said. “When one resident suffers, we all suffer.”

Mapp, a popular mayor and the first in city history to serve three consecutive terms, has spurred a number of actions to help residents since the beginning of the year, including:

Letters have been mailed to the residents impacted, informing them of the payment on their behalf.

Mapp said the intent behind this one-time payment is to alleviate the economic pressure stemming from COVID and to preserve the quality of life of Plainfield residents. He said the financial well-being and coverage of essential needs remain a top priority for the administration.

And, while Mapp certainly will look for more opportunities moving forward, he encouraged others to step up, too.

“As mayor of this wonderful Queen City, it’s my passion and my duty to continuously seek ways to elevate the quality of life of our residents and to alleviate hardships if at all possible — but I cannot do this alone,” he said. “I encourage everyone to #LovePlainfield, and get involved by sharing your feedback, volunteering and spreading the word that Plainfield is a great place to Live, Work, and Play!

“We are One Plainfield, working toward One Future.”