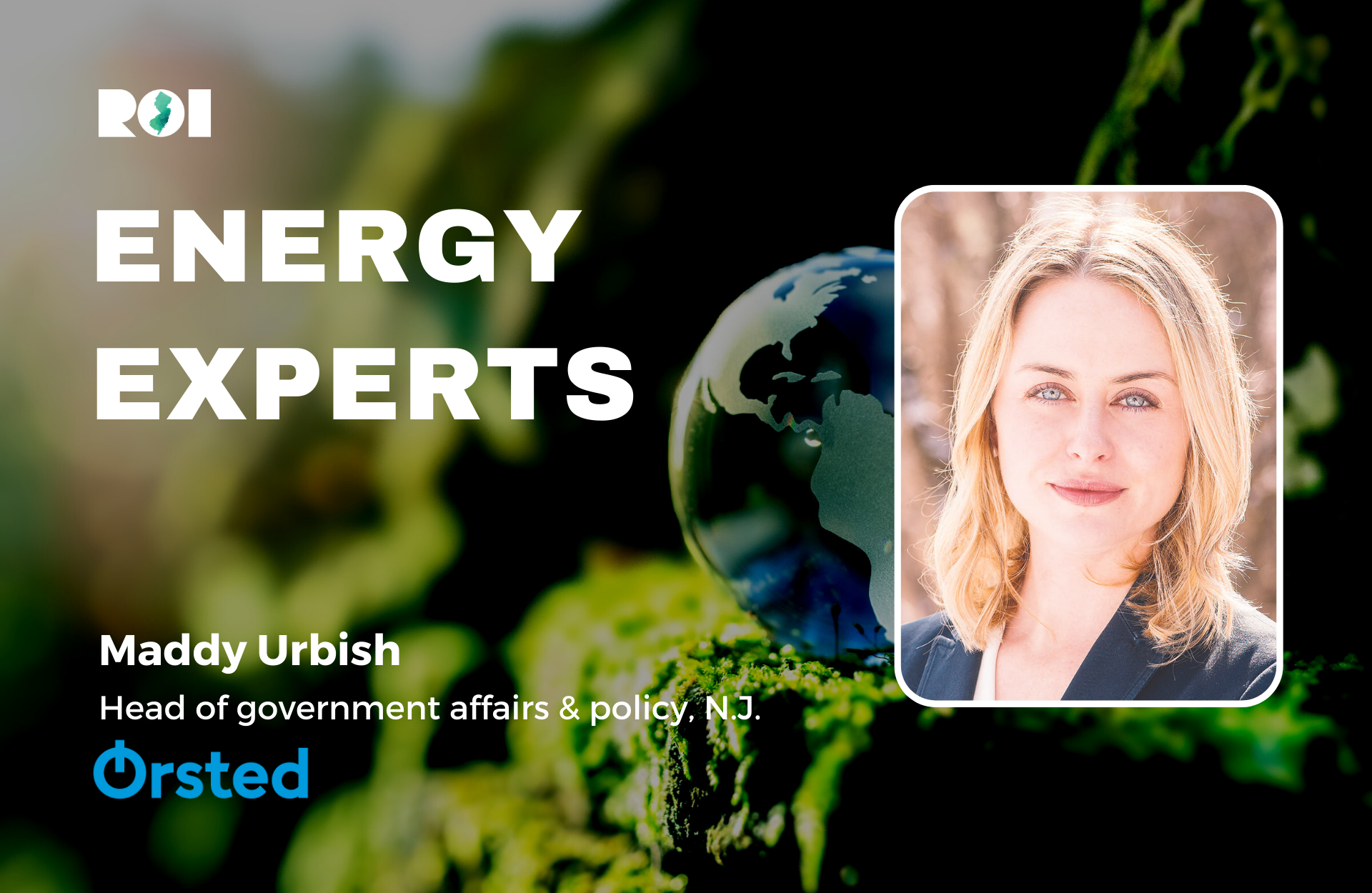 What is your organization’s role in the clean energy space?

“Ørsted North America is a renewable energy company with a portfolio that includes offshore and onshore wind farms, solar farms, energy storage facilities and renewable hydrogen and green fuels initiatives. We are the world leader in building offshore wind generation projects. Locally, we have seven projects across five states, including two large-scale offshore wind projects off the coast of New Jersey: Ocean Wind 1, with our partner Public Service Enterprise Group, and Ocean Wind 2. Together, they will generate a total of 2,218 megawatts of clean, reliable energy.“

How does your organization promote and enable greater energy efficiency and sustainability?

“Sustainability is at the core of everything we do. Over the last decade, Ørsted transitioned from a fossil fuel company to a clean energy leader with the vision of creating a world that runs entirely on green energy. We’ve been ranked as the most sustainable energy company in the world four years in a row by Corporate Knights. We’re on track for our operations and energy production to be entirely carbon neutral by 2025, which is ahead of the science-based targets for meeting the goals of the Paris Agreement, and it’s our goal that our entire supply chain will be carbon neutral by 2040.

We’re also the first and only energy company in the world to have a target of reaching net-zero emissions across a full supply chain by 2040 validated by the Science Based Targets initiative as science-based.“

What are the biggest challenges New Jersey faces today in its efforts to transition from oil and gas to renewable energy?

“With any new industry come challenges and logistical hurdles. One of those challenges in particular is the need to update the electrical grid and transmission system to integrate intermittent renewable energy sources.”

How do your organization’s efforts play into economic and environmental advancements?

“In New Jersey alone, we are directly investing more than $1.5 billion in New Jersey and building an offshore wind supply chain to support the industry, which will help create thousands of jobs, including family-sustaining union jobs. We’re also investing millions of dollars in marine research by partnering with some of the state’s leading academic institutions like Rutgers and Monmouth universities, as well as supporting biodiversity projects.

Additionally, these projects will remove over 200 million tons of CO2 from the environment, which is critical for improving air quality and reducing environmental damage from air pollution.“

What do you see as New Jersey’s biggest long-term obstacles to getting to net zero by 2050?

“Although New Jersey is a clear leader in renewable energy and environmental policy, the need to rapidly scale clean, reliable and equitable energy is a major challenge across the globe and one that Ørsted is proud to be part of the solution. As mentioned previously, the ability to connect to the electric grid is a major challenge today, and one that requires a long-term solution. There are significant constraints on the existing grid and limitations on where new, large-scale renewable energy projects can interconnect. New Jersey has taken the ambitious and visionary step of working with the regional grid operator, PJM, to open the first competitive solicitation for transmission to support offshore wind. We are eager to watch this initiative develop and what it could deliver to support the integration of offshore wind and other renewable sources of electricity.”