Home Industry Energy & Utilities Fill it up … with what? Rise in electric vehicles could have...
Facebook
Twitter
Linkedin 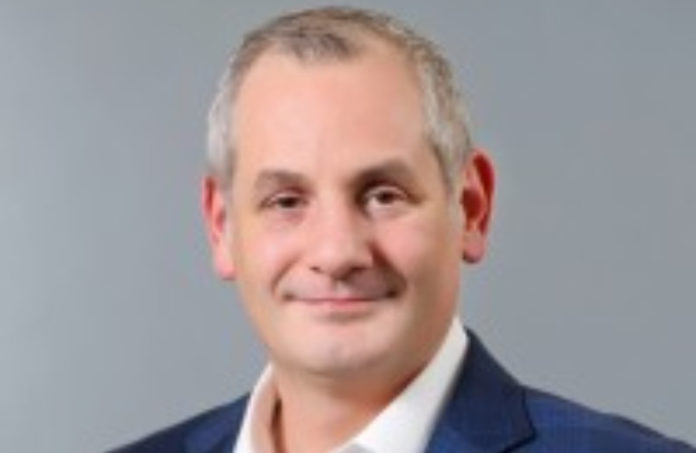 Mark Dunec feels confident about at least two things: that electric vehicles will have massive implications for real estate in New Jersey; and that his profession, the job of real estate appraiser, gets a bum rap.

Dunec first became certain of that second item when owners of retail strip malls came pounding — figuratively, at least — at the door. It was after Blockbuster went under. They wanted him to answer for how their strip mall could’ve been valued at a certain level when dust was now collecting in these failed video rental stores.

He didn’t think it was fair for appraisers to be expected to foresee that collapse coming. But he’ll also admit … he didn’t at all foresee it.

That’s a big reason Dunec, managing director of real estate solutions for FTI Consulting, one of the world’s largest financial consulting firms, is a part-time crystal ball-starer today. And, what he’s looking at is a Blockbuster-like future for gas stations in New Jersey.

“I’ve really started to try to think critically about the real estate landscape and see trends before they take place,” he said. “One I’m really focused on today is how New Jersey, other states and the federal government are all proponents of electric vehicles, and the meaningful impact that might have on gas stations.”

Dunec cites the exponential growth of the industry, which went from only just surpassing 15,000 battery and plug-in hybrid vehicles sold in the country in 2011 to the 2 million mark a decade later.

“And, really, we’ve been behind the curve of China or Europe, where it’s already challenging to acquire a gas vehicle,” he said.

Aside from gas prices continuing to soar and legislation being encouraged by various governments that would further speed up adoption of more eco-friendly vehicles, automakers are also paving the way for there to be more of these cars on the road.

At the start of this year, there were about 55 different EV models available. Within another two years, automakers have announced plans to almost double that.

“As a result of all that, the premise I’m going off of is that, by 2030, when EVs are expected to represent at least half of all new auto sales nationally, and probably much more in New Jersey, gas stations might start to be obsolete,” Dunec said.

Analysts with the Boston Consulting Group expect as much as 80% of the fuel retail market to be unprofitable by 2035. That market comprises more than 100,000 gas stations throughout the country.

Dunec said one of the biggest downsides of that is how much harder converting a gas station is than other properties — like, say, a shuttered Blockbuster.

There’s also the potential for redevelopment plans to be blocked at the municipal level, Dunec said.

It might seem like the obvious answer is to simply use those spaces to both charge EVs as well as pump gas, and the White House already has plans to spend $5 billion to build out more than 500,000 public chargers nationwide over the next 10 years.

But Dunec is suspicious of the plan for EV gas station-like stops, where convenience goods might not be enough to keep operations profitable. He doesn’t think it squares with the way chargers are already being deployed at drivers’ end-point.

“You can already find landlords supplying charging stations in their properties as amenities across New Jersey and New York,” he said. “They’re being added to parking garages, strip centers and even office buildings. So, I don’t believe one has to stop at a gas station just to charge. And, in another five years, are there still going to be big batteries that need long charges?”

Dunec’s crystal ball only tells him so much.

He thinks real estate experts are going to have to do a lot of figuring things out in real time — and not just for gas stations, but also for properties with auto-parts dealers, service centers and oil change businesses.

“The sooner we start thinking about this issue, the better,” he said. “Once that gas station spigot turns off, the value will plummet overnight.”

The energy needs of distribution centers, warehouses and other businesses nestling in as closely as possible to the New Jersey Turnpike outmatch, it might go without saying, the needs of 50 years ago.

With real estate companies putting the average age of a U.S. warehouse at 34 years — and New Jersey’s warehouses about a voting age ahead of that number — the region’s industrial as well as commercial assets were built with a different energy customer in mind than today’s e-commerce sector.

Kyle Eaton, managing director in the East Brunswick office of real estate advisory and services firm Newmark, said the region is also dealing with an increased demand for power with the onshoring that supply chain disruptions and the war in Ukraine has encouraged.

“You also have other trends, such as developers looking to put cold storage into facilities or cannabis cultivation that also are requiring more power,” he said, adding that, “With the labor shortage and more automation coming into play, there’s a new power consumption there, too.”

What’s happening in greater numbers now is end-users of power looking to prove their power loads to utilities before those utilities look to deliver the required level of power to facilities.

But, with a new economy on the rise in aged infrastructure — including power-intensive streaming services and production studios in North Jersey — real estate experts say there’s no choice but to work through it.