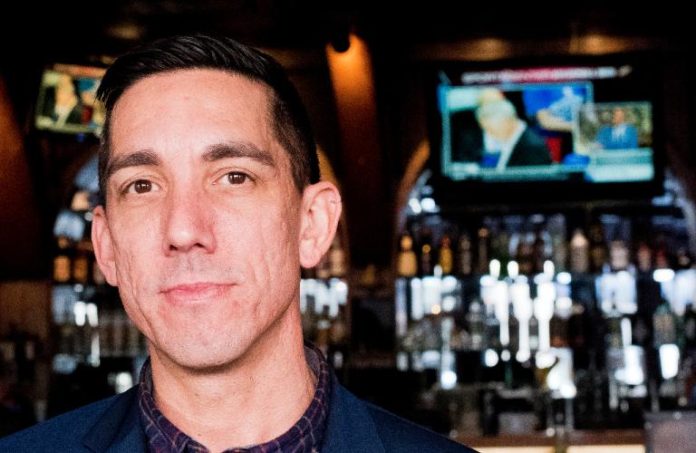 But, without fail, attendees and panelists alike let him know there’s a flip side to renewable energy leaders all in agreement that there are good things on the horizon: Everyone is staffing up with the same shrinking pool of talent.

It didn’t come as a surprise to Liuzza, CEO of the Jersey City-based executive recruiting firm EnergeiaWorks. He’s dealing directly with far-and-wide employee hunts on behalf of renewable energy companies in the region. He sees the difficulties firms face.

“Every search this year has taken 20-30% longer, compensations are up about 30-35% — and yet, the demand for talent is still a struggle,” he said. “For the first time in the industry’s history, we have a talent shortage that we can’t keep up with.”

Liuzza, who launched his recruiting agency in 2010 to meet what was at that time a burgeoning demand for renewable energy experts, said his firm’s more than 100 industry-leading customers have had a stop-and-go few years. After an almost decadelong growth streak at his recruiting firm, the pandemic saw about 75% of EnergeiaWorks’ clients instituting hiring freezes.

“By the time the (presidential) election rolled around, we started to get busy again,” Liuzza said. “And then the election was called, and you had a new Democratic administration that was a big proponent of climate change and renewable energy.”

President Joe Biden’s election — paired with Gov. Phil Murphy’s local climate commitments — was an exciting catalyst for labor demand in the renewable energy market, as firms geared up for a new round of government-supported energy projects.

“So, there was a sort of honeymoon period with six to eight months of a lot of new (recruiting) demand,” he said. “People working in renewable energy saw a clear runway of growth for the next couple of years, with various seats of governments now filled with people vowing to meet certain climate goals.”

But that demand never lightened up, and — for recruiters and the companies desperate to find talent in the region — the industry’s enthusiasm has become too much of a good thing.

In line with the “Great Resignation” and retention issues affecting all industries, Liuzza said most of those with in-demand expertise looking to make a career change have been persuaded to do so already.

“And those who are still possibly looking to switch careers, they definitely understand there’s a war for talent going on — so they’re asking for the sun, the moon and the stars,” he said. “And, a lot of the time, they’re getting it. We now regularly see sign-on bonuses. That didn’t exist a year ago.”

As far as those just entering renewable energy professions, there’s just not enough of them, Liuzza said.

He commends the state’s higher education institutions working to establish training programs in renewable energy, and governmental efforts to bolster the workforce, such as New Jersey awarding a grant to fund a wind turbine technician training program at Rowan College of South Jersey.

The state’s educational institutions might be stepping in now, but Liuzza doesn’t believe the efforts have been early or often enough. The supply and demand equation in the renewable energy market is lopsided in a way that will take a long time to correct.

All that means companies are paying massive premiums as a last resort to bring experts over from places such as Europe to work in roles requiring a specific skillset that doesn’t exist locally, while using them to train others locally to perform the work.

“So, there’s some talent coming from Europe because they have a mature industry for offshore wind,” Liuzza said. “And offshore wind shares a lot of similarities with offshore oil and gas, so we have that in some areas, but less often in the Atlantic Ocean.”

The issues aren’t sapping Liuzza’s own enthusiasm. Especially with the new emphasis on wind power in New Jersey, he’s excited about the future.

But, he’s warning that, even outside of wind power engineering roles, there’s nowhere near enough individuals trained as solar energy electricians and other hands-on technicians in segments of the renewable energy sector that have existed for decades already.

“We handle executive-level searches as well, and, in some cases, we can find transferable skills from other industries for that,” he said. “But, when it comes to a solar electrician or a solar engineer, it’s hard to pull someone in if they don’t have experience in the industry. It’s really a challenge right now.”

Offshore wind: Major manufacturing facility could be coming to N.J.

Ørsted partners with Rutgers and Monmouth universities for fisheries monitoring program in N.J.