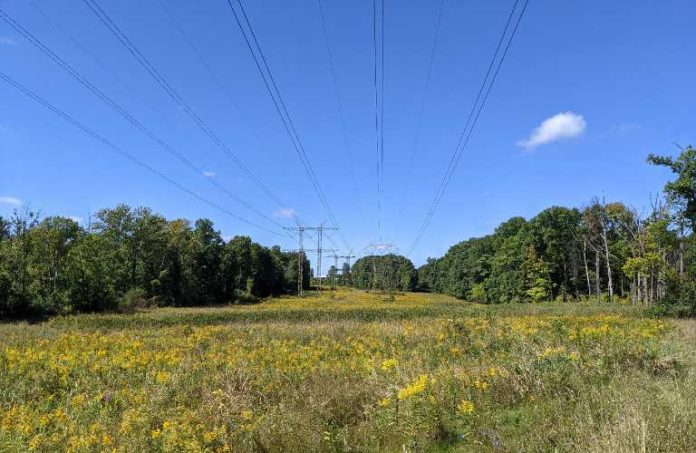 Everyone knows which way the wind is blowing — so the assertion that New Jersey’s offshore energy market holds major potential isn’t a controversial one.

The role of the utility, a subsidiary of FirstEnergy Corp. that provides power to about 1.1 million customers in central and northern New Jersey, might be to provide the transmission infrastructure for enough wind energy to power nearly 2.5 million homes.

That’s the main thrust of a bid that it submitted last year to the New Jersey Board of Public Utilities and regional transmission organization PJM. That proposal, which is still under review, has JCP&L pairing up with Mid-Atlantic Offshore Development, owned by Shell New Energies US LLC, and EDF Renewables North America.

The local utility would rely on transmission infrastructure built by that group to carry electricity into already existing substations. Chris Hoenig, spokesman for the utility, said it wouldn’t need to build any new transmission lines along the wind power’s path onto the grid.

“That’s very important to us, to be doing this with no new greenfield development,” he said. “It’s an (advantage) for us, being the hometown electric company, if you will. This is in our backyard.”

JCP&L’s bid to handle the onshore aspect of offshore wind transmission uses existing rights of way and infrastructure that’s already built. Hoenig promotes that as a way of bridging the gap between the offshore wind energy and the grid “in a clean fashion.”

“It’s a way of doing it that doesn’t involve cutting down trees to clear paths for new lines to connect everything to the grid,” he said. “And it’s also a way of providing that this can be done on a cost-effective level for our residents.”

Both of those aspects are required for New Jersey’s approach to offshore wind energy to make waves as a national model, Hoenig said.

“And the benefit to (this proposal) from local perspective, as well, is that upgrades we’re going to do as part of this are going to help enhance grid resiliency,” he said. “So, for customers, it’s a win-win.”

If the utility’s proposal is approved, its heightened role in the wind energy buildout would be another laurel to add to the renewable accomplishments that earned it multiple recognition on the New Jersey Department of Environmental Protection‘s Sustainable Business Registry.

Hoenig said some of the other recent endeavors in the area of sustainability for JCP&L include the donation and planting since last year of more than 16,000 trees. Among those are 200 fruit trees, which, as they bear fruit in the coming years, will see it donated to low-income residents.

The utility also recycles thousands of pounds of materials such as motor oil and repurposes old utility poles for parking lot dividers and other uses.

“Everything is done with sustainability in mind,” he said. “It’s really a key part of what we do. Obviously, we’re focused on improving reliability, but doing it in a way that also benefits the environment is something we take a lot of pride in.”