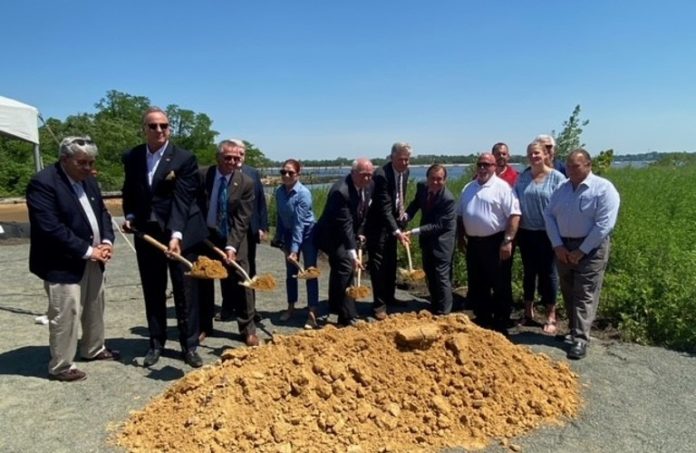 Pallone (D-6th Dist.) was instrumental in seeing the project come to fruition. He advocated for federal funding from the Federal Transit Administration and wrote a letter in support of the city’s Passenger Ferry Grant Program application, which was awarded $5.3 million. The project will help meet commuter demand between central New Jersey and New York City and strengthen the area’s economy.

“I’m proud to join state and local leaders in South Amboy today to mark this important moment in the ferry terminal project. The South Amboy ferry will give residents a new way to commute between Central Jersey and New York City and reduce traffic congestion,” Pallone said. “The new facility will also bolster economic opportunities in the city and surrounding area. I’m glad the federal funding I helped secure for the project will be put to work soon.”

“Diversifying and expanding our network of transportation infrastructure is crucial to most efficiently getting people to and from places in one of our country’s most economically productive regions,” Coughlin (D-Woodbridge) stated.

The new ferry services at South Amboy will provide Middlesex County residents and other New Jerseyans throughout the region another efficient commuting option.