Home Opinion Op-Ed Why N.J. is not ready (not close to ready) for massive EV...
Facebook
Twitter
Linkedin 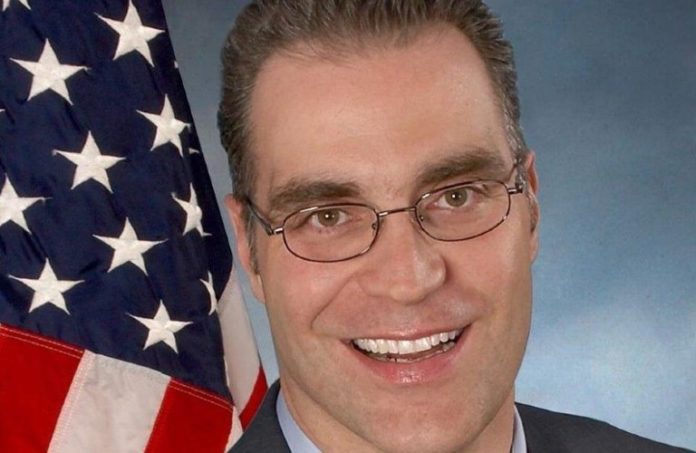 There is growing alarm among the state’s environmental activists over the slow progress in implementing Gov. Phil Murphy’s anti-fossil fuel plan and a growing realization among others about just how impractical and costly the governor’s plan is.

Empower New Jersey, the umbrella organization for climate alarmists, is calling for an immediate moratorium on new fossil fuel projects. How that works in practicality, no one knows.

Environment New Jersey is calling for all new cars sold after 2035 to be electric — but has no plan to get there. The governor’s energy plan is just as aggressive and just as impractical — calling for 300,000 electric cars on the state’s roads by 2025. That’s less than three years from now.

The cost of the state’s environmental policy is only now beginning to trickle out. I have asked that legislation in the state Assembly be amended to require the state Board of Public Utilities to make public all information it has on the cost of the so-called carbon-free initiative in the governor’s Energy Master Plan. It’s the BPU’s responsibility to be honest with ratepayers while there is still time to modify energy plans and make them practical, feasible and affordable.

It has already been calculated that the mandatory phase-out of gas and oil-fired heating systems and replacing them with electric heat pumps will cost billions of dollars cumulatively to homeowners and businesses; making homes less affordable and the cost of doing business prohibitive.

Mandating the use of electric vehicles is also astoundingly costly and wildly impractical for the vast majority of New Jerseyans. To begin with, meeting the power needs of 300,000 electric vehicles will require more fixed generation, which can only be reliably met by using fossil fuel and nuclear power generation — which puts the needs for energy at odds with the environmentalists’ goals.

Assuming the state can get people to buy 300,000 EVs creates problems beyond electrical generation. First, building enough charging stations on highways to give drivers confidence that they can get where they want to go without being stranded with a dead battery is a Herculean task. Predictably, New Jersey ranks last in the nation in available charging stations, according to EVAdoption.

Charging cars at home presents a host of financial and practical hurdles. To charge a car, most drivers will need to install a dedicated 110 volt charging line in their home — at a cost between $600 and $1,200, depending on the installation. It will take 11 hours to charge an EV on a standard 110-volt line. That’s a long time. Faster charging (3 to 8 hours) requires a dedicated 240-volt line, the installation of which will cost homeowners at least $800 to $1,600 — if the home’s electrical panel can accommodate additional breakers. If a new electric panel is needed, the costs will be thousands of dollars more. Let’s add to those costs the $300 or $400 needed for a proprietary charging cord.

Besides the significant cost to drivers, there are many practical considerations to EVs that the anti-fossil fuel groups are ignoring. Many cities and older suburbs in the northern half of the state do not have driveways, so people fight for parking spaces on the street that are close to their homes.  As a son of Paterson, I can tell you there is nothing more valuable, or more viciously defended, as a parking space in front of your house.

When the driver of an EV gets home and has to park half a block down the street, how does she charge her car in time to go to work the next day? Let’s assume she is lucky and gets a parking space in front of her house. In between preparing dinner and helping her kids with homework she has to remember to grab that specialty cord and plug it in to her house and run the cord across the sidewalk to her car.

Imagine entire blocks in Paterson, or Garfield or East Orange, with $400 charging cords running across the sidewalks to the curb. The hazard to pedestrians is the least of the concerns. The expensive charging cords will automatically become the target of thieves lifting and reselling the cords. I bet the eco-alarmists haven’t factored that reality into their green equation.

For any carbon reduction effort to work, it has to be based in the reality of how people live their daily lives. It has to be convenient and affordable. And it has to make sense to the people who are being forced to adopt new technologies.

The green vehicle mandate might make sense in a leafy suburb; it’s unworkable in the cities and older suburbs that were built before cars became so ubiquitous. Ironically, the people who will suffer the most under EV mandate are the working poor and people of modest means — the people that the governor and liberals claim to represent. Not in this case.

Christian Barranco, a Republican assemblyman who serves parts of Morris, Essex and Passaic counties, is a journeyman member of IBEW Local 102 and has worked as a project manager and supervisor on many large, critical energy and industrial infrastructure projects.

STEM programs cost more, but are worth investment for N.J.