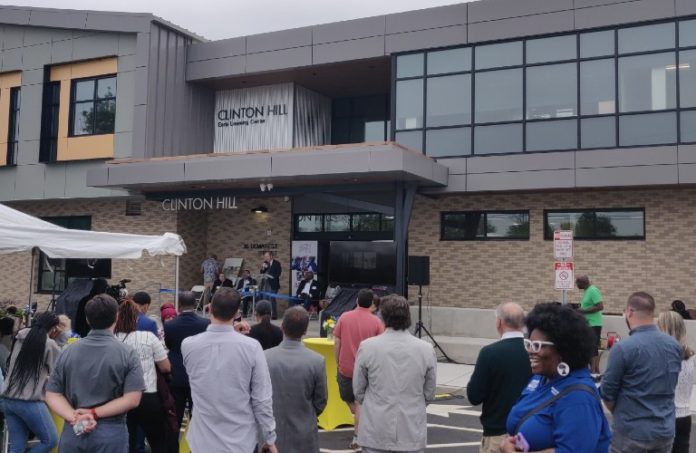 Dresdner Robin provided all aspects of site development, including site analysis, zoning analysis, stormwater management, environmental assessment and remediation, and professional engineering, among others. Along with expert planning testimony presented during public hearings, which contributed to the necessary site plan approval, design and traffic-pattern recommendations along Demarest Street were also provided.

“Having worked on this project since its inception in 2018, we are thrilled to watch the center come to life,” Dresdner Robin’s Mark Vizzini, the associate director of land development, said. “Not only does it include several top-tier exterior elements that beautify the site, but it has also expanded the early education system in Newark, providing additional options for the youth.”

“Our mission was to create a sustainable and safe outdoor space for our young students,” Sam Crane of the Maher Charitable Foundation said. “Through its team of talented engineers and designers, Dresdner Robin exceeded our expectations and ultimately helped us make a positive impact on the Newark community.”

As building reopenings begin, what does post-COVID-19 cleaning look like?