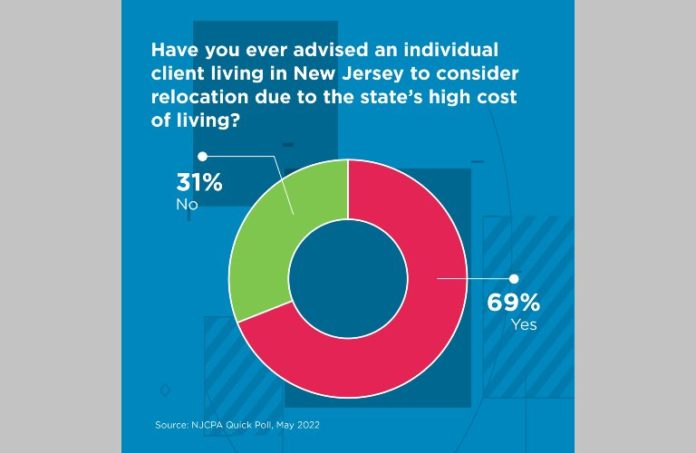 There are any number of ways to gauge whether New Jersey businesses are staying or leaving the state, which has one of the highest costs of doing business in the country.

The accuracy of any of is in the eyes of the beholder.

The latest measure came in May, during a survey by the New Jersey Society of CPAs — which surveyed 441 accountants.

Out of nearly 240 respondents who work in public accounting, the majority (69%) said they had advised an individual client to consider moving out of the state due to the high cost of living in New Jersey.

In addition, 54% of those surveyed said they had advised a business client to consider relocating.

The specific reason wasn’t clear, though many in the past have pointed to the fact the state has the highest corporate business tax in the country and that New Jersey was one of the few states that have not used federal money to help replenish the unemployment insurance fund.

N.J. businesses to see savings on unemployment tax in FY2020