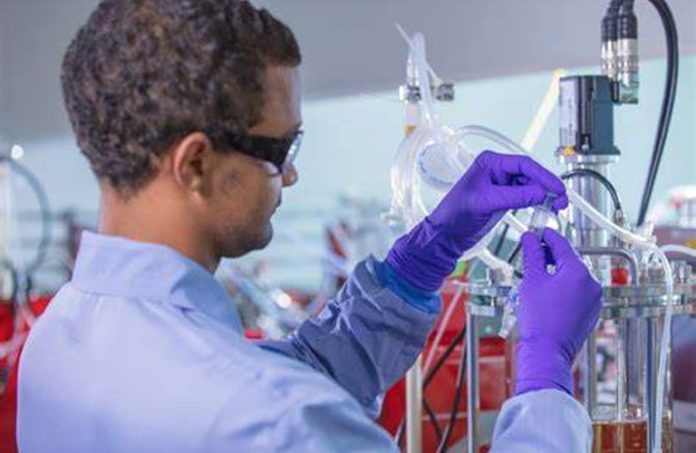 Seqirus, one of the largest influenza vaccine manufacturers in the world, last week was declared by the federal government to be “pandemic-ready.” The Summit-based company’s manufacturing facility in Holly Springs, North Carolina, on Monday announced it is ready to deliver 150 million doses of pandemic influenza vaccine to the U.S. government in the event of an influenza pandemic.

The Holly Springs location just completed its $156 million expansion, which began in 2018. It will support more than 80 additional highly skilled jobs in the Holly Springs community.

The expanded manufacturing facility is capable of supporting the formulation and fill-finish of its cell-based influenza vaccines in prefilled syringes for global communities. The new prefilled syringe line has received FDA approval and will support influenza vaccine production for the 2022/23 Northern Hemisphere season and beyond. Additionally, it will enhance the site’s ability to respond to an influenza pandemic.

“According to the World Health Organization, seasonal influenza can lead to up to 650,000 deaths globally each year,” Steve Marlow, general manager, Seqirus, stated. “As one of the world’s leading influenza vaccine manufacturers, we’re continuously looking for opportunities to advance capabilities and support efficient, sustained supply of new and existing technologies. Today’s milestone is evidence of that commitment.”

Seqirus said the Holly Springs location has successfully achieved all criteria required to establish domestic manufacturing capability for cell-based seasonal and pandemic influenza vaccines as outlined by the Biomedical Advanced Research and Development Authority, a division of the Office of the Assistant Secretary for Preparedness and Response within the U.S. Department of Health and Human Services.

Seqirus developed the first and only adjuvanted, cell-based influenza A(H5N1) monovalent pandemic vaccine, which was originally approved by the U.S. Food and Drug Administration in 2020 in a single dose, prefilled syringe and subsequently approved in 2021 in a multidose vial formulation.

With this expansion, the Holly Springs facility now has two state-of-the-art fill-finish lines.

“As demand for differentiated influenza vaccines grows, it is paramount that we expand our manufacturing capacity,” Dave Ross, vice president, North America commercial operations at Seqirus, said. “This new line gives us the ability to more efficiently streamline our production process, allowing us to better meet the needs of our customers and, in turn, better meet the needs of public health.”

The Holly Springs manufacturing facility is the first and only one in the U.S. to receive the designation for domestic production.