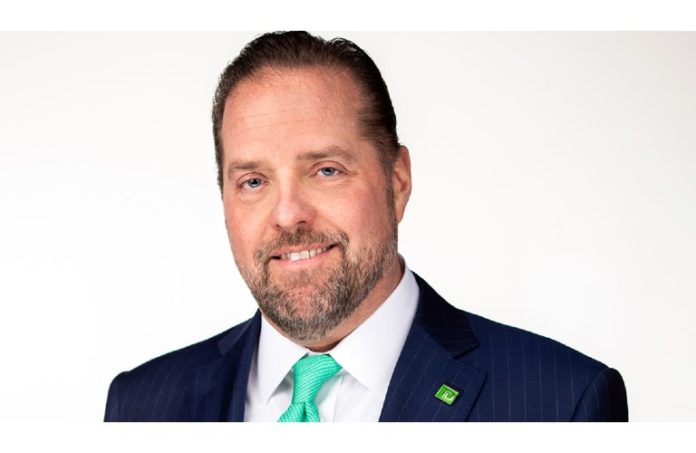 “This region is TD’s ‘home,’ and I’m confident Rob is the right leader to maintain the critical relationships we’ve built here, while working to increase market share in this competitive area,” Ernie Diaz, head of consumer distribution, wealth and TD Auto Finance, said. “Rob’s expertise in consumer and commercial banking, coupled with his dedication to the community, will serve him well in his new role.”

Curley, who will have offices in both Cherry Hill and Philadelphia, will lead a team of approximately 2,500 regionally based employees across 250 stores. He will provide strategic direction and leadership to TD’s New Jersey and Pennsylvania consumer, small business, commercial and specialty banking operations and lending services.

Curley has worked at TD Bank for more than 30 years, most recently serving as South Jersey/Coastal New Jersey Commercial Market president since 2008. He began his banking career as a part-time teller at TD and has held a variety of positions, including credit analyst, small business lender, community lender, workout loan officer and regional vice president.

“Rob has been an integral part of TD’s success in this core market for more than three decades. His longstanding ties through his work at TD Bank and in the community will continue to benefit our local customers and colleagues in his new role as regional president,” Chris Giamo, head of Commercial Banking, said. “Rob’s deep industry knowledge and broad network will help ensure our continued success in Pennsylvania and New Jersey.”