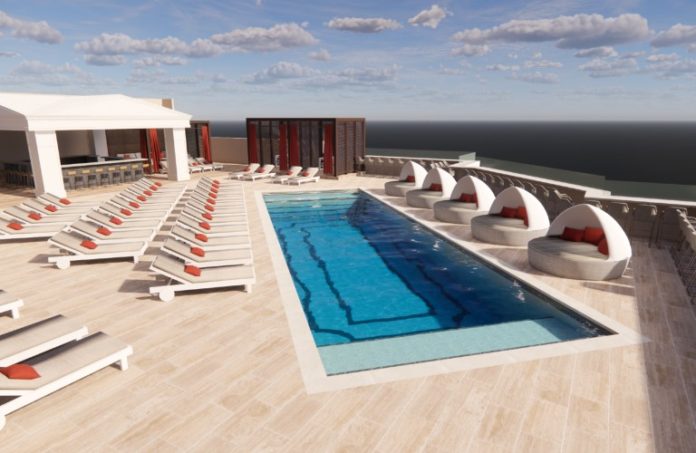 The changes are testament to the resort’s ongoing commitment to elevating guests’ experiences at its properties. Caesars will be undertaking dramatic upgrades to its valet, hotel lobby and casino floor, as well as a new outdoor pool experience.

“Caesars Atlantic City set the standard for extraordinary experiences in the market, and we are thrilled to continue that legacy by reimagining the property from the moment guests step through the doors,” John Koster, regional president for Caesars Entertainment’s Eastern Division, said in a statement.

Caesars Atlantic City says the redesigned first-floor lobby will feature an all-new Starbucks offering mobile ordering. The store will be outfitted in a sleek, contemporary design with minimal décor for a bright and fresh look.

And, just in time for summer, Caesars plans to unveil a renovated pool experience with beach and ocean views from the rooftop of Qua Baths & Spa. The pool will feature two levels of seating with modern lounge chairs, daybeds and cabanas for ultimate relaxation, as well as a bar — serving one of the best pool views in the city — overlooking the beach and Boardwalk.