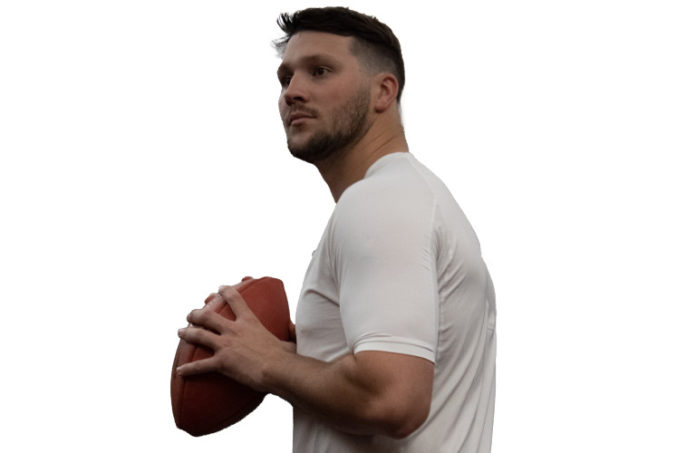 The 1,000 driver’s license-shaped digital images of Buffalo Bills quarterback Josh Allen with a green background will go for $100 when they hit the market Thursday morning.

If you want the image with a platinum background — and there are only 400 of those — expect to pay $200. And if you want one of the just 50 that feature a black background, the starting price is $2,000.

The prices for these NFTs, or nonfungible tokens, are what you can expect to pay Thursday morning. This afternoon? Next week? Next year? That will be determined by the interest.

Welcome to memorabilia market of the metaverse era, when fans and collectors are now trading virtual images in a way they may have bought and sold baseball cards a generation ago.

Joseph De Perio, the co-founder and CEO of Morristown-based Metabilia, is betting that it is the way of the future.

The reason: The NFTs all are numbered and accounted for, as they are digital collectibles kept on a public blockchain. And, while you cannot physically hold them, you can be sure they will never lose their shape.

Even more, they are not just limited to pictures.

All of which can be bought and sold easily.

“Blockchain, which is the basis for which cryptocurrency is traded, also provides that permission-less support of records,” he said. “So, if X trades something to Y, it’s not required for a third party to stand by both sides of that trade. It simply is transferred and the public blockchain maintains the records.”

De Perio and co-founder Nicole Johnson, a Morristown resident and the firm’s chief operating officer, will be in Buffalo on Thursday morning to launch their exclusive arrangement with Allen, a rising star in the NFL.

Or, at least, they hope he will continue to be.

“We’ve created an NFT program or ecosystem which allows a user to take part in the upside of an athlete’s career,” De Perio said.

Allen is the latest athlete — but first NFL quarterback — to join Metabilia’s player NFT platform. De Perio said he’s hopeful the quarterback is the right player to lead the firm’s football offering and said fans will have the ability to chronicle Allen’s career and have access to exclusive memorabilia items.

De Perio feels it is extremely valuable, and that anyone who owns a member NFT can have events NFTs airdropped to them commemorating achievements of their specific player — in Thursday’s release, that means Josh Allen.

Johnson is all in on that thought.

De Perio, who has a background in finance and experience as a partner at a hedge fund on Wall Street, feels the concept is grounded in established markets.

It’s why he feels Metabilia’s NFTs are doing well at a time when the cryptocurrency market has taken a dramatic downturn.

“What I can’t impress enough is that we’re seeing a lot of interest in our NFTs because they are backed by physical assets on the team side,” he said. “So, not only do you own the NFT, but it’s actually a representation, or a deed that gives you ownership of an underlying physical asset and it’s just a means to transfer.”