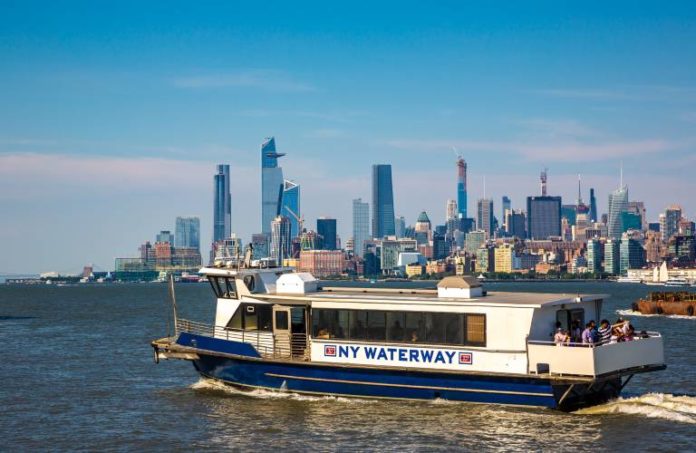 In an effort to restore the only ferry service outside of downtown, Jersey City Mayor Steve Fulop and Councilwoman Denise Ridley announced Thursday efforts for the city to acquire the Port Liberte Ferry Terminal located on Jersey City’s southernmost coast, in Greenville.

The two will submit an ordinance to do so at the city council meeting June 15, beginning a process that requires public meeting and discussion.

If approved — and the two expect it will be — it would be the first time Jersey City is formally involved in ferry operations.

The new ferry terminal would allow Jersey City to engage directly in contract negotiations for operations, while also increasing ridership among low- and moderate-income communities and expanding transportation options for faster, more direct routes to and from New York City.

Through this ordinance, the city also will be able to take an active role in subsidizing rates, increasing ridership and significantly expanding access to the terminal for residents in the Greenville and West Side neighborhoods by leveraging the highly successful Via Jersey City, Fulop said.

“Over the last several years, Jersey City has engaged in expanding transportation options for our residents, and this is another step in that direction,” he said. “We have been successful with both our Citi Bike and Via initiatives.

“By lowering costs and creating a more accessible terminal, we can encourage more of our local commuters to use the Port Liberte ferry to New York City.”

Currently, due to lacking access and affordability, the terminal is almost entirely limited to residents within the Port Liberte complex and, therefore, experiences low ridership and minimal weekday boat service.

When ferry service stopped in 2020, Jersey City launched an on-demand microtransit service in partnership with Via to provide a more affordable transportation option that closes transit gaps. Since the launch, Via’s data shows the city’s low-income and diverse populations have benefited the most.

Via, which currently completes 13,000 trips per week, has been very successful in providing trips to residents in the Greenville neighborhood, with the Journal Square transportation hub being the most popular destination for commuters to then take the PATH train across the Hudson River.

“Losing the Port Liberte terminal during the height of the pandemic has resulted in our residents taking the light rail to a bus or PATH train,” Ridley said. “For many families, the longer commute is expensive and time-consuming, which, in turn, impedes residents in our lower-income areas from jobs and educational opportunities that could really enhance their quality of life. This ferry terminal will be a game-changer for so many of our residents.

“It opens the doors to numerous opportunities for many people on the southern end of the city. I’m excited to see more people take advantage of it.”

After a two-year suspension due to the COVID-19 pandemic, the NY Waterway ferry out of Port Liberte is expected to resume service this summer, with its contract ending in 2023.

Barkha Patel, director of the Department of Infrastructure in Jersey City, said the ordinance will enable the city will be able to more directly impact the growth and success of the ferry service at Port Liberte.

“The city’s role would be to ensure a consistent flow of ridership by making the ferry terminal more accessible and the fares more affordable, specifically for low-income residents,” he said. “Additionally, as the owner of the terminal, the city will hold the ferry operator to the highest standards to ensure service is reliable, efficient and best serving the needs of our residents.”