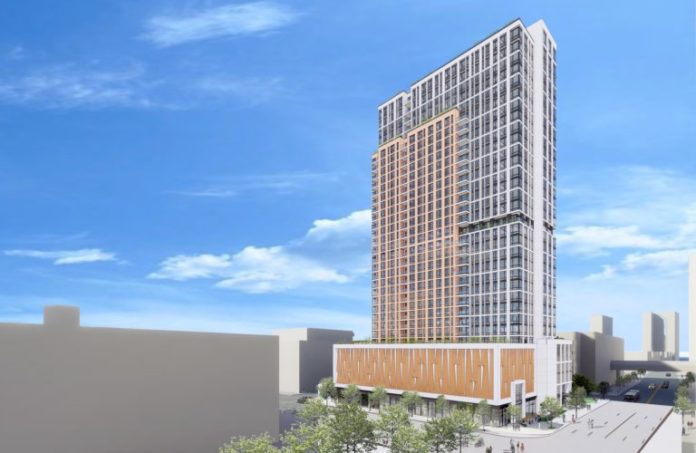 It’s easy to talk about the 33 stories and 370 units — both of which will make 777 McCarter the biggest multifamily housing ever constructed in Newark.

And it’s easy to talk about its downtown location, across from Penn Station, Gateway Center and the Ironbound — and next to Mulberry Commons and the Prudential Center.

But, what really excites Wasseem Boraie, vice president of Boraie Development, is what will sit on top, 400 feet from street level: a rooftop amenities deck like no other, he said.

“There will be a bar and lounge area with outdoor cabanas,” he said. “It will have spectacular views and be an incredible place to hang out.

“There’s never been anything like it in the history of Newark.” 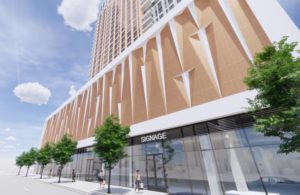 The 12,000 square-foot terrace — like the swimming pool on the fifth floor — only will be accessible by residents and their guests, adding an exclusive nature to the project.

Of course, the size of the building should ensure there never will be a shortage of those taking advantage.

Boraie will start to show off 777 McCarter on Monday afternoon at a topping-off ceremony that represents a significant milestone in the construction of the building. The event will feature a host of officials, including Newark Mayor Ras Baraka, Gov. Phil Murphy and family patriarch and Boraie Development founder Omar Boraie.

Wasseem Boraie said the day represents the moment when much of the interior work begins. The building, he said, is on schedule to begin moving in tenants in May 2023.

Or, right on time, Boraie said.

The second-generation New Brunswick-based company, which has built projects up and down the state, is known for seemingly always being able to time the market.

The company acquired the parcel in Newark more than a decade ago. At the time, Wasseem Boraie said, the vision of the tower had not come into focus. Now, he said, it’s clear.

“We didn’t know what we were going to put there, but we said, ‘We can’t miss being in the heart of town,’” he said. “We needed other things to come into play. We needed the city to deliver on its stewardship — that’s just what Baraka has done.” 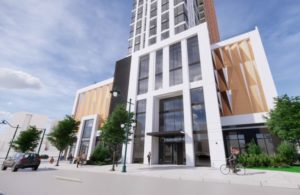 It’s what Baraka and the city have been doing for some time, Boraie said.

When Boraie Development successfully opened 50 Rector Park in fall 2019, it gave them the confidence to begin construction on 777 McCarter during the pandemic, Boraie said.

“Remember, people didn’t want to be in downtown Newark before,” he said. “Now, they do.

“Baraka has delivered and executed on what the city needed to do. Residents now feel happy about being in downtown. They prefer it to other downtown cities because everything is not on top of each other and there’s a lot of flavor and culture in the town.

“You have to give Baraka and the city credit. We, as developers, can only reflect the nature of the city.”

Boraie said 777 McCarter will reflect the city. Not only will it include 20% affordable housing (which may make it the largest 80-20 project in state history), Boraie said he expects it will attract residents not just from Newark and its surrounding suburbs, but outside of the state as well.

This mix is just one of the many reasons Boraie feels 777 McCarter is going to be unique, he said.

“It’s going to be a building like no other,” he said.