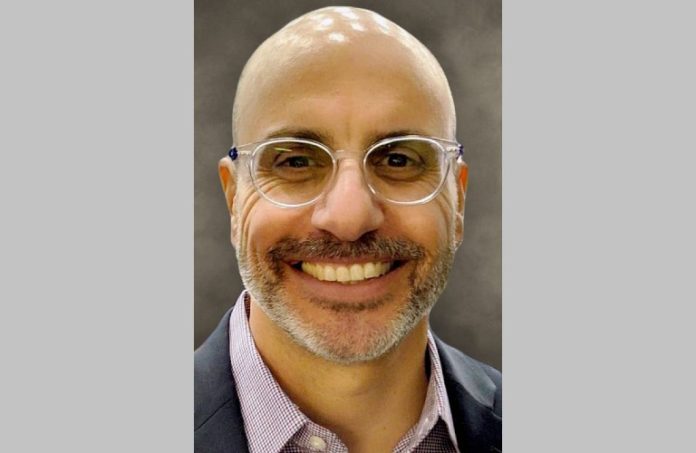 We’re entering a new era of entrepreneurship, when battles for talent and capital will grow even more intense. After a week in Davos speaking to leaders from all over the planet, I’m convinced we need to up our game — as a nation, and specifically here in New Jersey.

I’ve long been concerned about immigration rules that keep great innovators outside the U.S., where even highly digitized companies and industries can’t take full advantage of all they offer. Even as brutal rhetoric has cooled at the top, world-class talent continues to ask if it’s welcome here. In my role connecting entrepreneurs, investors and talent, I often hear about outstanding people landing in Canada, the U.K. or elsewhere — people who would have gravitated towards America a decade ago.

Emerging issues are making it even tougher for great people to contribute and grow our economy. As Axios recently reported, some 200,000 children whose parents arrived on skilled worker visas are in danger of losing dependent status as they turn 21. Then, they’ll either have to somehow gain temporary status, or else leave the U.S., even if their parents are still legally working here.

Many are students whose families requested green cards for them years ago, but are still waiting in the immigration system’s overwhelmed queue. Some are trapped in a classic Catch-22: they can depart for ancestral homes they barely remember, apply for student visas from abroad and hope for the best. But their previous green card applications suggested an intent to immigrate — and that could disqualify them for student visas.

Do these rules make America more competitive? Consider: Right now, there are over 1.5 million job vacancy postings in computer professions — nearly 30 times as many openings as there are H-1B visa holders. Nearly two-third of the H-1Bs working in the U.S. hold at least a master’s degree. These are people we desperately need. If we’re driving them out, something needs to change.

Immigration of high-talent individuals is primarily a national issue. But tech entrepreneur and investor Jay Bhatti has a great idea for promoting immigrant startups here in New Jersey. Most people can’t remain in the U.S. if they don’t already have an employer sponsor. It’s hard for high-talent individuals to start a company or work at a startup, because most sponsors are large companies with extensive resources for making applications and navigating the immigration system.

What if the state became the employer of selected high-potential visa holders for a year to work on innovation — and, if something pops, they can create a startup here, with New Jersey earning equity? That’s the kind of creative thinking we need — and it could be a major win-win for everyone involved.

Of course, immigration isn’t the only competitiveness issue — and, when it comes to taxation and acquisition policies, New Jersey can make a real difference.

We’ve already come a long way. As New Jersey Institute of Technology professor of practice, innovation and entrepreneurship Suresh Kumar notes, Gov. Phil Murphy has deepened alignment between the private sector, government, educational institutions, nonprofits and other stakeholders — and that’s an absolute precondition for a great innovation ecosystem. But there’s more to do — and Kumar has some important recommendations that I support.

Some of these cost money. Others cost hardly any. Let’s start with those closest to “free.”

First, let’s identify and empower “connectors”: the people who know all key players and resources, and know how to navigate the system. They’re the glue that holds ecosystems together, and they tend to work quietly outside the spotlight. If we can give them better resources and tools, that’ll pay huge dividends.

Second, prioritize educating mayors and local legislators on the true economic impact of small business and high-growth startups. These create nearly all net new jobs — and that even includes startups that eventually fail. Many more localities should have economic development advisory boards seeking to promote entrepreneurship, clear away rules that no longer serve their purpose and become better service providers.

Third, to give founders more time to focus on customer delivery and building resilient business models, eliminate state tax filing requirements for Years 1 and 2 of startups that aren’t yet profitable, and make it easy for early-stage startups to file a consolidated return in Year 3.

Kumar also suggests two tweaks to tax and acquisition policies that may cost slightly more, but are targeted to deliver maximum ROI in supporting entrepreneurship and job growth:

To these, we’d share one more, from Jay Bhatti: Honor the federal Qualified Small Business Stock for state income tax exclusion, just as New York, Connecticut and many other states do. We’re at a competitive disadvantage when neighboring states allow QSBS for startups and we don’t: Bhatti said he knows three companies that wanted to move to New Jersey but stayed in New York because of QSBS. To attract the best U.S. citizen business founders, we need parity here.

As Kumar notes, none of this is rocket science, “But, to be effective, change has to be systemwide. And that calls for real leadership at all levels.” I couldn’t put it better — except to say, now is the time.

James Barrood is CEO of Innovation+ and an adviser to Tech Council Ventures/JumpStart Angels.