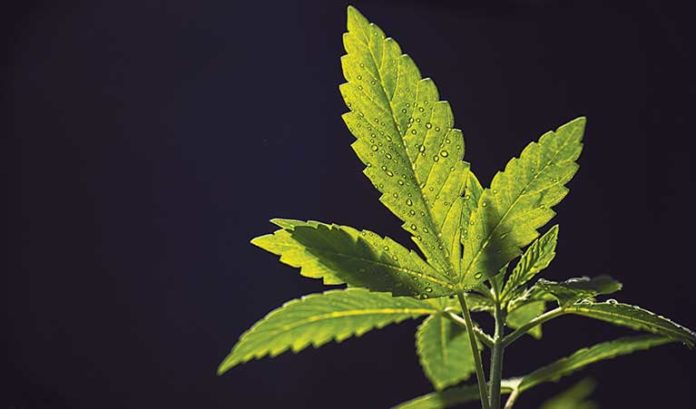 Bill Caruso aims big. Always has. So, his bold statements at the NJ Cannabis Insider Awards Gala should not come as a surprise.

“New Jersey is going to be the model for the cannabis industry in the world — we are going to be able do it all,” he said.

That statement may have garnered a lot of laughs even five years ago. Last week, it drew a loud and long round of applause.

Caruso, who was recognized as the event’s Lifetime Achievement Award winner, said that, when he started his career in 1997, the recreational legality of cannabis in New Jersey wasn’t even fathomed. Having conversations about marijuana policy wasn’t a reality back then.

Caruso, chair of the Cannabis Group for Archer & Greiner P.C. and managing director of Archer Public Affairs, said the effort to change hearts and minds happened because of partnerships that brought together unlikely allies who played a part in getting cannabis on the ballot.

“When we first started the adult use legalization discussion following Colorado, a ballot question was a joke,” he said. “There was no opportunity to go to the ballot and win the discussion.”

But Caruso, who has been a leading voice, advocate and influencer and whose dedication to the advancement of pro-marijuana legalization legislation has helped to legalize cannabis in the Garden State, said he, among others, continued to welcome everyone to the table, explaining why opening the industry made sense.

They met with those who wanted to make money, or those who were looking for racial/social justice, or for education. A huge coalition was formed and, together, they made a mark on the industry.

It wasn’t done alone. The movement became a partnership among many different areas and of different people.

“This experiment, what we did here in New Jersey, is a model for success and for the collaboration of how to change hearts and minds on much more difficult issues,” Caruso said.

The collaboration came from not only Caruso, who was recognized that evening as the Publisher’s Choice Lifetime Achievement Award winner, but others as well, including:

The event, which included more than 200 people at the Carteret Performing Arts Center, was meant to celebrate the successes of the beginning of the movement.

Enrique Lavin, NJ Cannabis Insider publisher and editor, played host to recognize 24 businesses and their contributions over the past 12 months.

“Recognizing the state’s trailblazers in this space acknowledges the vital work that’s been done to launch this new industry,” Lavin said. “We know there’s still so much work that needs to be done to create an equitable and sustainable industry, but, this week, we’ll celebrate what has already been accomplished.”

Caruso said he has never been prouder to be a part of something that brings everyone to the table.

“Everyone has a chance to have a go at this and a place in this economy,” he said. “From those who were the pioneers in the industry, to the little mom-and-pop outlet, to the minority business and even the big players that came from other states.

“This is going to be one of the most successful experiments in the history of this country. And it is happening here in the Garden State.”

Winners in 12 categories, including four Publisher’s Choice awards, were handed a statuette called the “Canny” that recognized their achievements in the cannabis space. They were:

Diversity and authenticity: PR pros can be critical allies when it...