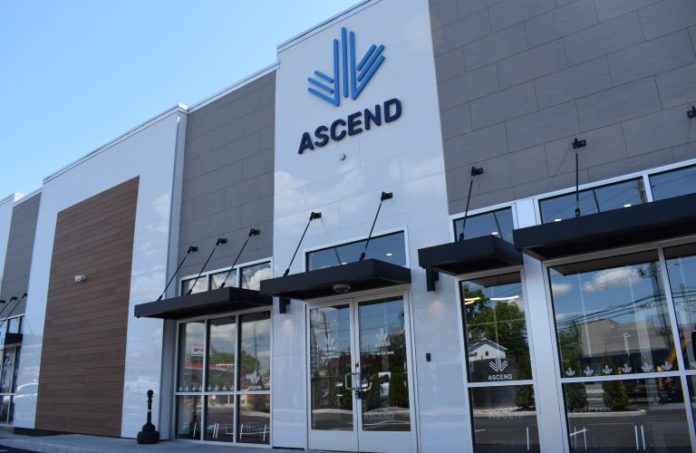 There are always the customers whose eyes light up while scanning the inside of a brightly lit, high-vaulted cannabis dispensary for the first time — the ones who didn’t know what to expect. That never gets old for Mike Conway of Ascend Wellness Holdings.

As for his business and the other six companies that kick-started recreational marijuana sales in New Jersey, they did know what to expect.

Conway, a regional vice president at Ascend Wellness Holdings, said his company had a playbook for the green-lighting of New Jersey’s adult-use market prepared already, from more hectic beginnings to cannabis sales, such as Illinois’ floodgate-opening Jan. 1, 2020, launch.

Verano, another of New Jersey’s initial batch of recreational cannabis retailers, was there, too.

“Our company is headquartered in Chicago, and the market launched on New Year’s Day,” said James Leventis, a Verano executive vice president. “It was this massive event, with massive lines. People were waiting since midnight in lines for stores to open at 8 a.m. Thousands of people were formed in these lines.”

The goal of those running the combined 13 dispensaries that opened April 21 in New Jersey was to not replicate that experience, even if they understood the state’s long-awaited opening was generating excitement. They didn’t want a photo of a blocklong queue to be the takeaway from those first days of business.

And, while there were stories of ecstatic crack-of-dawn customers, and some amount of lines as well, leaders of those dispensaries believe they’ve controlled the traffic better than it has controlled them. As a whole, they’re thrilled with how the first few weeks of Garden State marijuana sales have gone. And they’re already lining up to do more business in the state.

Some kept wait times practically nonexistent with digital appointments, others had people waiting on cell phone texts to grant them entrance into a store, like those waiting on a table at a restaurant.

Conway said it earned a lot of praise for moving customers within 10 or so minutes in and out of its busy location. It had about two dozen manned registers at the ready, the most in the state, according to Conway. He added that its stores borrow more of their layout from big-box retailers than other dispensary models.

“The idea of our dispensary, which has resonated with regular cannabis users as well as new cannabis users, is that visitors would feel like they’re in an Apple Store or another high-end retailer,” he said.

The need to be prepared was obvious for Conway and others: They knew customers didn’t want to wait an hour or more to buy weed. That goes both for the customer returning to cannabis — who might be less inclined to return after a bad first impression — and regular consumers.

“And it’s really hard to nail down a customer profile, because we’ve had people from every walk of life, every background,” he said, adding, “It is fun to see someone who hasn’t touched cannabis in 35 or 45 years come in and say they can’t believe they waited so long.”

Included in that mixed customer profile is an out-of-state contingent, Conway said. About 10% of early Ascend Wellness Holdings customers are actually coming from outside New Jersey.

At Verano, Leventis said the Zen Leaf retail stores in Lawrence Township and Elizabeth have been pulling in customers relatively new to cannabis.

“That’s been one of the most amazing things for us,” he said. “Especially with these whole new product lines: tinctures, pre-rolls and other products, which medical patients have used for many years. There’s a swath of new people trying these products for the first time.”

While trying to please this new customer base, these businesses also had to ensure former medical marijuana patients weren’t displeased. Verano was one of the operators flipping the switch to adult-use cannabis sales at sites that were previously medical marijuana dispensaries. It still has a Neptune Township location just doing medical sales.

“We had to make sure medical patients coming to our dispensaries (with recreational sales) could make transactions easily and effectively,” Leventis said. “There are separate lines, separate parking spaces. We put in place a lot of procedures to make sure their access went unaffected by the advent of the adult-use program.”

Leventis, who is also a board member of the New Jersey Cannabis Trade Association, said medical marijuana operators across the state have heard a lot of concern expressed about these patients being sidelined, or supply running out for them as recreational sales got underway.

Even without much advance notice given to these dispensary operators ahead of the state’s unleashing of the market, Leventis said there’s been a concerted effort for months to match production at local cultivation facilities to expected demand.

“Inventory shortages have just not been an issue, and we’re, regardless, continuing to ramp up production as we speak,” he said. “So, it was much ado about nothing.”

Leventis said volumes remain at a high for both medical and the new recreational customers. For the latter group, he expects — based on experiences in other states — there to be some tapering off of volume in the next few months as some of the novelty wears off.

Still, operators aren’t complaining about their business outlook for the rest of the year. They think that there might be a crowd of customers avoiding some of the initial rush to dispensaries that will start to filter in.

Ziad Ghanem, chief operating officer and president of TerrAscend, another of the state’s first operators, said its stores in Phillipsburg and Maplewood have had anticipated volumes of business during the first month of recreational cannabis sales in New Jersey.

“But, we also are seeing a gradual ramping up,” he said. “We’re seeing the acquisition of new customers on a daily basis, as well as the retention of customers.”

Ghanem is excited about what’s to come. Its dispensaries are adding new products, which he boasts are rated by its customers as the highest quality in the state, and establishing more partnerships with cannabis brands.

TerrAscend has a Lodi store that it expects to come online for recreational cannabis sales any day now.

At the same time, Verano is working with Neptune Township leaders to get approval to start selling adult-use cannabis at its medical-only dispensary. And Ascend Wellness Holdings has a Montclair location it expects to turn over to recreational sales in the coming weeks, and plans for a Fort Lee dispensary later this year.

Cannabis businesses, in a positive sign for the start of the local industry and its touted benefits to the state, are clamoring for more of a foothold in New Jersey.

“We’ve worked on this for so long,” Conway said. “Seeing it come to fruition here is fantastic.”

New restaurant rules: No indoor eating/drinking after 10 p.m.; no drinking/eating...