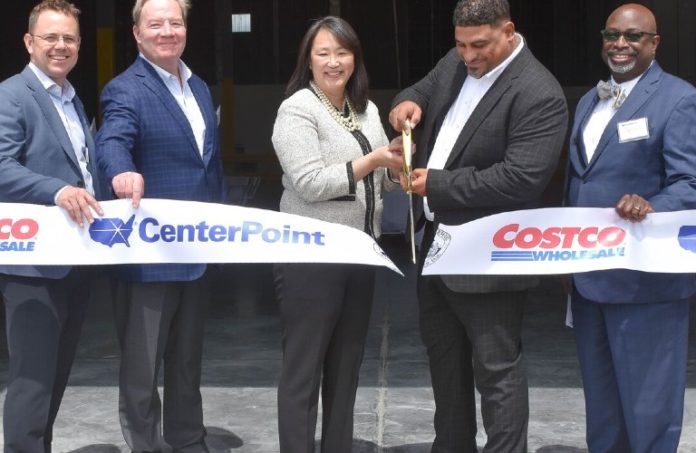 Officials from the city of Newark were among those attending the ribbon-cutting ceremony for 49 Rutherford, a nearly 13-acre site CenterPoint purchased in the fourth quarter of 2019.

Ronel Borner, CenterPoint’s senior vice president of development, said his team worked for three years to bring the speculative project to life on a site he said was “environmentally challenged and ripe for redevelopment.”

He said the facility’s port proximity, immediate interstate access and state-of-the-art features — a 40-foot clear height, 50 dock positions and parking for 74 trailers and 166 cars — will serve its new tenant well. The city of Newark also stands to be a major beneficiary of the development, Borner said, citing the creation of new, permanent jobs and a significant increase in the taxes on the property.

“The combination of the new facility and the strategic distribution location is what I believe attracted a Fortune 27 company in Costco to make such a long-term commitment here. The new facility will generate approximately seven times the annual revenue to the city of Newark compared to 2019,” Borner said.

Allison Ladd, Newark’s deputy mayor and director of economic and housing development, lauded the team effort to “transform this blighted location into this place for jobs.”

“Bringing Costco and having CenterPoint as a true partner is absolutely the way that we need to continue to move forward in our city,” Ladd said.

With the Rutherford project in the books, Borner said CenterPoint’s development team is looking forward to breaking ground soon on a new 321,875-square-foot Class A distribution facility in Linden, that will provide immediate access to Port Elizabeth and Interstate 95.