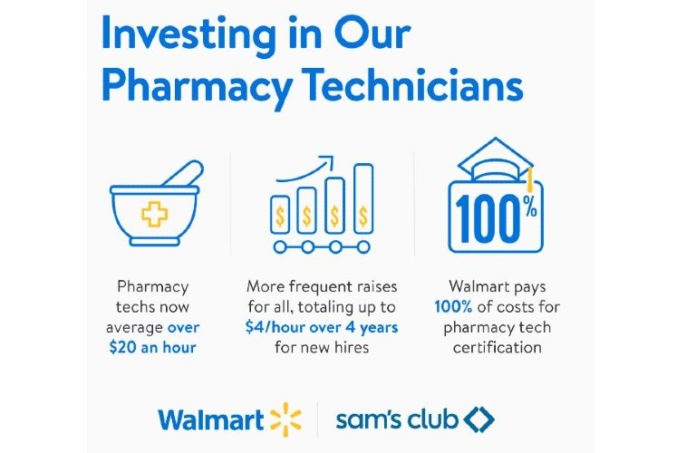 More than 36,000 Walmart and Sam’s Club pharmacy technicians, including 470 in New Jersey, will receive a pay increase as Walmart becomes one of the first large retailers to introduce a progressive wage model.

This is the second large investment in this group of associates in the past year.

Walmart said its pharmacy technicians have proven time and time again how much they mean to the communities they serve. They were front and center during the pandemic as millions of customers and members were tested for COVID-19, and many went above and beyond to help administer vaccines across the country.

These associates delivered heartfelt moments of care under extraordinary circumstances, and they did it with a smile on their face and the calm, professional attention that builds trust and keeps patients coming back.

Simply put, Walmart said, its pharmacy technicians are heroes in their communities. They also play a critical, day-to-day role in the continued growth of its Health & Wellness business. Now, for the second time in the past year, Walmart is making significant investments in higher wages and career progression for our pharmacy technicians — with a goal of creating additional pathways of growth and opportunity for them.

Here’s what that means:

Walmart is serious about attracting top talent and giving them the tools to build a successful career, and plans to hire an additional 5,000 pharmacy techs this year.