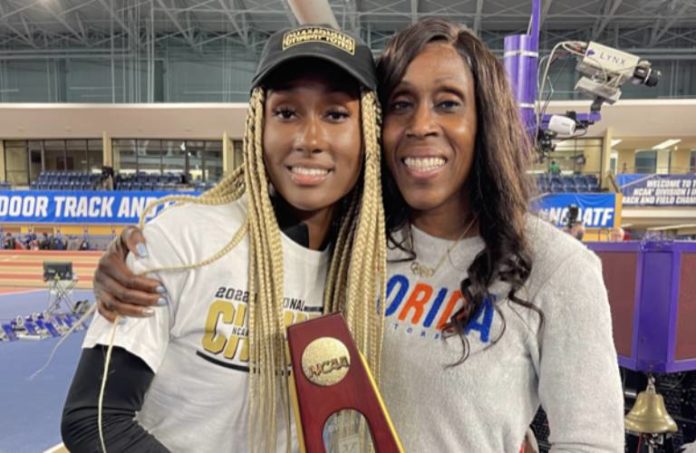 The Education Amendments Act, better known as “Title IX,” which recognized gender equity in education as a civil right and altering women’s sports forever, was signed 50 years ago.

The act has proven to be about much more than just creating a new path for women as elite athletes. Title IX opened the door for women athletes to be recognized as leaders, businesswomen, mentors and philanthropists.

Few athletes represent those ideals as much as New Jersey’s Joetta Clark Diggs.

Clark Diggs, one of the female athletes depicted on the cover of Sports Illustrated that celebrates the anniversary, is a four-time Olympian and a member of the USA Track & Field Hall of Fame.

Her impact and influence goes deeper than that.

Clark Diggs is an entrepreneur, mentor and sought-after public speaker (and, earlier this month, became the mother of an NCAA champion).

What may not be as well- known are Clark Diggs’ endeavors as a generous philanthropist. The Joetta Clark Diggs Sports Foundation, founded in 2002, is a private foundation in Hillsborough that has provided over $70,000 in academic scholarships to students throughout New Jersey.

In addition, the foundation helps to sponsor “Joetta Sports and Beyond,” a program focused on nutrition, life skills, obesity and bullying.

In addition to launching the foundation, Clark Diggs has leveraged her celebrity status to help individuals across the state and beyond its borders by dedicating much of her time to delivering messages on health, fitness and empowerment at corporations, high schools and colleges, recreation departments and civic groups.

ROI-NJ recently asked Clark Diggs about her career on and off the track. Here’s a look at the conversation.

ROI-NJ: What is your purpose and mission of your foundation?

Joetta Clark Diggs: The foundation is committed to teaching good health and positive work ethics associated with participation in sports. In addition, it strives to introduce different opportunities to children in the sports and entertainment industries and focuses on the correlation between academics and athletics. For over 20 years, we have provided scholarships, affordable camps, financial and fitness literacy programs.

ROI: What are your goals for the year ahead?

JCD: To continue to provide programs to students and families of all backgrounds, because health, finances, wellness and mental health effect everyone.

ROI: You are a philanthropist and mentor — and a track mom, too. Talk about your daughter, Talitha Diggs, who recently won the NCAA outdoor 400-meter title, running for the University of Florida?

JCD: One lesson that I learned from Talitha many years ago is to be patient and respect boundaries — and to always encourage her to speak with her own voice.

Most importantly, Talitha and I both support each other, reflecting together on our family-critical values for each other — never forgetting that what really matters in life is to be kind, humble, generous, mindful and thoughtful.