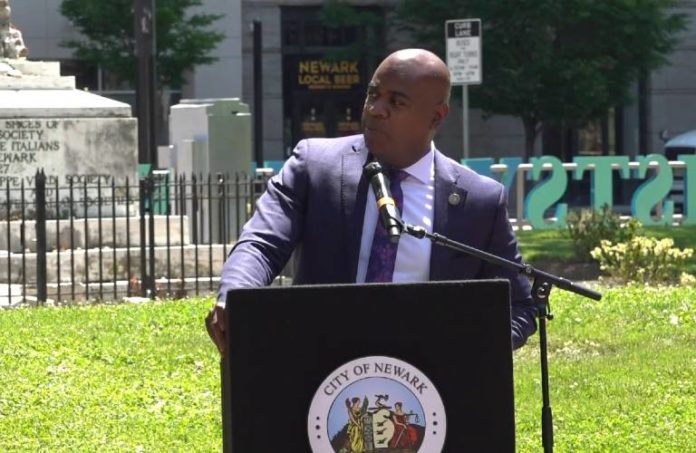 The city of Newark celebrated Juneteenth on Monday afternoon by renaming a downtown park Harriet Tubman Square after the famed abolitionist whose story needs to be known by today’s generation and all that follow.

Newark Mayor Ras Baraka announced the city is making an effort to do that, too.

Baraka announced plans to create the Newark Arts and Education District in the area that includes Tubman Square. The mission of the new district will be to enhance the many downtown arts and educational institutions, galleries, parks, public art and restaurants that contribute to the city’s cultural legacy and inclusive economic development.

“By enhancing the cultural value of the city’s creative and economic life through collaboration, education, community inclusion and innovation, residents and local businesses will benefit from a new vision for the area defined by arts, culture, equity and sustainability; attracting more investment and liveable communities,” he said.

“The key is to ensure that the district serves Newark residents first, both as a center of fun and economic opportunity. The renaming of the park as Harriet Tubman Square marks a pivotal moment acknowledging underrepresented histories that all Americans and Newark residents should value.”

Linda Harrison, the CEO of the Newark Museum of Art and a leader in the idea for the district, said its impact will be great.

“The Newark Arts and Education District is about to fundamentally change Newark. Cultural districts matter and have grown rapidly all around the world as their unique contribution to urban life has been more fully understood,” she said. “We here at the Newark Museum of Art believe the city of Newark can transcend convention and redefine the quintessential Newark experience by initiating a transformative new chapter for the city.”

Of course, any historical record of slavery in the U.S. must include Tubman.

Born into slavery, she eventually escaped North, and then made 13 missions back to the South that helped approximately 70 enslaved people escape using what was known as the “Underground Railroad.” She later served as a spy for the Union army and was an activist in the effort to give women the right to vote.

U.S. Rep. Donald Payne Jr. (D-10th Dist.) said Tubman’s efforts — and the efforts of so many others — must be remembered. And that citizens of today must understand their battles are not over.

That’s what Juneteenth signifies, he said.

“Today, we remember that liberty and freedom are the precious birthright of all Americans and must be guarded and preserved for all people,” he said. “As we reflect on this significant day, let us remember that exactly 156 years ago, 250,000 enslaved men, women and children learned of their freedom, two years after President Abraham Lincoln signed the Emancipation Proclamation.

“This historic day in our city’s history is an attempt to right previous wrongs, by honoring the legacy and spirit of Harriet Tubman, a woman who exemplifies the perseverance that has become the hallmark of the African American experience and the ongoing struggle for equality. I am a committed partner in this fight. I look forward to watching future generations gather here in Harriet Tubman Square, cultivating and contributing to the artistic creativity that will surely foster social and political change for generations to come.”

“Today, we were able to witness Newark’s recognition of its history and the role that this location played in the Underground Railroad,” she said. “I hope that Harriet Tubman Square will serve as a beacon of change, an acknowledgement of our collective past and pride in our promised future. Let all of those who come to enjoy this park, continue to spark the change that will push not only this great city, but our nation forward.”

The push for the name change started during the protests of the summer of 2020. At that time, the city issued a public call for designs for a new monument honoring Harriet Tubman and New Jersey’s role in the Underground Railroad to be the new centerpiece for the renamed square, replacing a statue of Christopher Columbus removed by the city that summer.

The new monument, designed by New Jersey artist and architect Nina Cooke John with support from Newark-based apprentice artist Adebunmi Gbadebo, is proposed to be unveiled in fall 2022 and serve as a community gathering space and a centering point for the new Arts and Education District.

The Tubman monument and other improvements to Harriet Tubman Square are currently under review by the New Jersey Historic Preservation Office. Cooke John joined the dignitaries at the event.

The monument — a project of the Mellon Foundation’s Presidential Initiatives informed by Mellon’s national Monuments Project — will include a learning wall and community mosaic with clay tiles designed by Newark residents during a series of art-making workshops conducted in partnership with the Newark Museum of Art, as well as an auditory visitor experience detailing Newark’s contribution to the abolitionist movement as well as community stories of liberation, developed in partnership with Audible.

First lady Tammy Murphy stressed the park, the statute and the arts center are necessary steps for the state to take for social justice and equity.

“Today, as Mayor Baraka renames this park in Harriet Tubman’s honor, we, as New Jerseyans, can feel pride in our state’s role in the Underground Railroad,” she said. “At the same time, however, we cannot forget that New Jersey was the last of all northern states to abolish slavery.

“There is no doubt that the effects of that evil continue to ripple through our communities today, making our work to expand opportunity in business, education and homeownership, and to achieve equity in representation, health outcomes and much more not just important, but our moral imperative.”

Juneteenth: Why Harmon feels lessons learned from past are keys to future