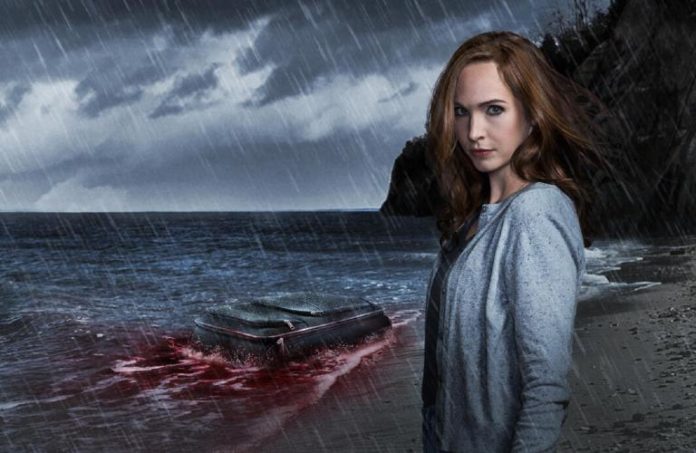 Patti Prezioso remembers being honored when she was selected by then-state Attorney General Peter Harvey to lead the prosecution of Melanie McGuire, accused of killing and dismembering her husband in a trial that enthralled the state in 2007.

She remembers the assistance she received from various law enforcement and forensic evidence organizations, giving her team an overwhelming amount of evidence.

She remembers the support she received from her family and friends, enabling her to be fully occupied by the all-consuming case.

But, when Prezioso looks back on the experience — the case she always will be best known for during her legal career — she does not recall thinking at the time that the case would remain in the public consciousness for years to come.

“I am stunned that this case has remained in the public interest,” she said. “I believe this was one of those stories where the truth was stranger than fiction.”

The truth — as was proven by Prezioso during the trial — was that McGuire, a nurse, drugged and then shot and killed her husband, William McGuire, in the spring of 2004. She then dismembered his body, putting it in three suitcases that were thrown into the Chesapeake Bay.

The story was retold this weekend on Lifetime, which premiered: “Suitcase Killer: The Melanie McGuire Story” on Saturday night. (The role of Prezioso was played by popular TV actress Wendie Malick.)

The case has been the subject of a book and at least a half-dozen TV shows and docudramas.

Prezioso, now the chair of the Employment and Labor practice at Sills Cummis & Gross in Newark, said the case stands out to her because of the preponderance of evidence — and the effort that went into the prosecution.

“It was supported by more evidence than I think I ever had in any case I prosecuted,” she said. “At the end of the trial, the evidence spoke for itself, and the jury heard it.

“I had the honor of lending my voice to the presentation, and my summation was both the most difficult and my favorite of my career.”

Prezioso, who appeared on a 15-minute after-show segment on Lifetime to discuss the case, said it does not necessarily come up during her day-to-day life as an attorney at Sills Cummis.

“I am occasionally asked to speak about it — and I receive media inquiries here and there,” she said.

Consider this the latest on the list of requests. Prezioso discussed the case with ROI-NJ. Here’s a look at the exchange, edited for space and clarity.

ROI-NJ: When you look back at the ‘Suitcase Killer’ case, what are your first recollections?

Patti Prezioso: Investigating and prosecuting State v. McGuire was a tremendous amount of work, and I am proud that justice was done.

I never expected many of the twists and turns, anonymous letters and the like. Joe Tacapina and Steve Turano, who represented the defendant, were tough adversaries, and Judge (Frederick) DeVesa controlled the courtroom with a vice grip.

As with any detailed investigation and trial, you win or lose based on the evidence. I was very fortunate to work with many talented and dedicated people from the New Jersey State Police, the NJSP Crime Lab, the Division of Criminal Justice and the Virginia Beach Police Department. Forensic experts then revealed still more facts that permitted the jury to see and hear the tremendous evidence demonstrating the defendant was guilty.

On a personal level, I learned so much from the experience. I was entrusted with the case by then-Attorney General Peter Harvey, who with the then-director of criminal justice, Vaughn McKoy, supported our efforts.

I was truly lucky to have an amazing team working on the case. Chris Romanyshyn, now Judge Romanyshyn, tried the case with me, and I remember how exhausted we were, and how we helped each other to power through.

ROI: Outsiders don’t often realize the impact that such a prosecution has on the attorney and their family. Talk about that?

PP: I remember how my husband had my back more than words can describe — taking care of our kids, of me and of his own clients. I saw the strength of my family, and my daughter who was in middle school, getting me new suits when I had no time and ran out of clothes.

I am forever grateful to my dear friends in our town, who made sure my children were cared for, and allowed me to focus on doing my job, which, at the point of trial, was close to all-consuming.

ROI: What was it like to watch Wendie Malick portray you on screen for the Lifetime movie? And did you think the movie accurately portrayed the case?

PP: I had no interactions whatsoever with Ms. Malick, and the character she portrayed had little in common with me. I had nothing to do with the script, and, to the best of my knowledge, neither did anyone who worked with me on the investigation or prosecution of the case.

At the beginning of the movie, words to the effect that some characters are composites, and certain other characters and events have been fictionalized for the purpose of this dramatization, was posted on the screen.

I think it is important to remember that this movie was for entertainment and certainly was not a documentary.

ROI: Let’s go back to the real world. You joined Sills in February 2021, heading its Employment and Labor practice; what has that been like?

While Patti Prezioso was the lead prosecutor for the state in the “Suitcase Killer” case in 2007, she is now the chair of the Employment and Labor practice at Sills Cummis & Gross in Newark.

“The next year will undoubtedly be an interesting and busy one,” she said.

Read all her thoughts here.

PP: The attorneys at Sills are exceptional, and the E&L department is comprised of some of the nicest people I have ever worked with. By having an employment group who counsels, litigates and investigates, we bring the best of all those skill sets to our clients.

My priorities are mentoring and supporting my team while delivering great client service. We treat our clients as our partners in reducing their employee-related risk so they can focus on their business growth. And, when we need to fight, we fight hard. We know how to investigate and find the evidence, and how to examine the witnesses in depositions, and know our way around a courtroom.

Our recipe is working. The E&L department has grown by more than 50% since I joined, and, candidly, we cannot seem to hire fast enough. I am thrilled and I tremendously grateful for the amazing support of Sills’ management, especially Max Crane, Rich Epstein and Milvia Burns.

ROI: Let’s go back to the case once last time. Give us your biggest takeaway from the experience?

PP: My key takeaway is that William McGuire’s family lost him forever.

The notoriety of the trial and salaciousness of some of the case’s facts often seem to overshadow that a 39-year-old man lost his life. While justice has been served, the loss for William’s survivors is forever.