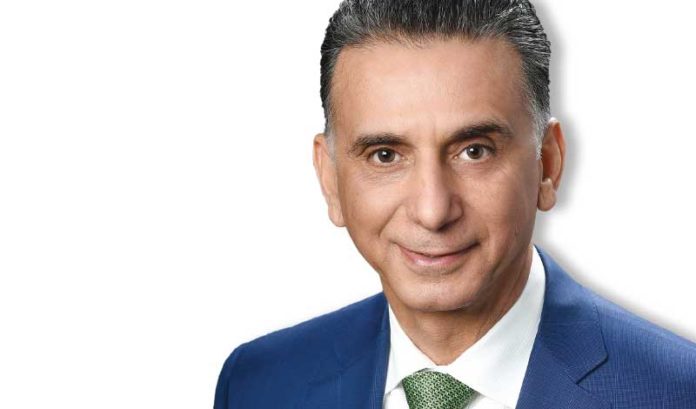 Here’s another unique way Rowan University President Ali Houshmand is different from his peers. When he talks about his accomplishments upon the 10th anniversary of his tenure as president, one success that he is particularly proud of — an embracement of the county college system — actually does little to benefit the bottom line of his own campus.

Houshmand knows the demands and costs at a four-year university are not for everyone. So, he’s eager to start students at community colleges, knowing that it’s of great benefit to students, the South Jersey region and the area’s economic development.

That’s why Rowan, under Houshmand’s leadership, started a 3+1 program in which students can spend three years at a local county college and just one at Rowan.

The concept is a lot more than just allowing students to go one more year at their local community college. Houshmand and Rowan worked with the county colleges to create Rowan-approved curriculum taught by Rowan-approved professors to ensure that the third year of schooling would be at a higher level — preparing students for careers in health sciences or engineering, among other fields.

It would just come at a lower cost.

How much lower? Students doing the 3+1 program can get a Rowan degree for just $30,000 over the entire four years — a price tag that actually will be much lower for those eligible for Pell Grants and other programs.

Houshmand said the program is a win-win-win: It increases access to education — leads to more degrees — and actually decreases student debt.

“There currently are more than 40 million Americans with about $1.7 trillion of debt — and many of these people never finished their degrees, they just accrued debt,” he said. “As academicians, all we did was blame them. We said, ‘They were not good enough.’ We never asked ourselves, ‘Maybe we were not good enough.’”

The 3+1 program attacks more than just the student debt issue. It confronts an ugly reality: Higher education can have elitist qualities that hurt the people it should be helping, students.

“We really need to deal with that,” he said.

That’s why Houshmand partnered with three community colleges to the extent that they are now called Rowan College at Burlington County and Rowan College of South Jersey (which is a two-campus school that incorporates the former county colleges in Gloucester and Cumberland counties).

“I felt very strongly about this,” he said. “I didn’t care about how my colleagues would look at me or talk about me or Rowan if I partnered with the county colleges.”

Houshmand hopes others will follow his lead. He said students — and society — need it.

County colleges are essential to a growing economy, whether it’s a pathway to a four-year degree or a start toward a career in the trades or in advanced manufacturing — two sectors that need a new generation of workers, he said.

Houshmand said the nation’s more than 1,200 county colleges can take a leading role in producing the frontline workers the country needs to bring more manufacturing and supply chain back, Houshmand said.

“In order to do that, we need to have the workforce,” he said. “And the best place to train the workforce is in a county college, where kids from all backgrounds — whether they have a GED or a high school diploma — can come in and learn. And, God forbid, even if they don’t finish, at least they have not accrued a massive amount of debt.”