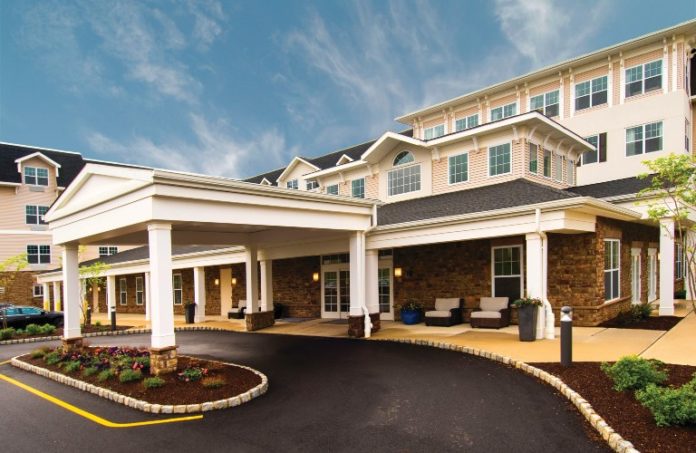 The community, which was leased to nearly 100% occupancy in 2021 and sustained stabilized performance, was developed by Pike Senior Housing Partners, a seasoned contractor and developer throughout New Jersey for over 60 years that has built 40 senior housing and nursing care communities. The property was acquired by Inspired Healthcare Capital, a DST-structured senior housing buyer.

The four-story, Class A property is nearly 220,000 square feet situated on a corner site of more than 20 acres located less than a mile from Interstate 195, 30 minutes from Princeton, 60 minutes from New York City and 45 minutes from Philadelphia. The community is a sprawling “H”-shaped building with 96 independent living units; 75 assisted living units, including 10 enhanced care units in a dedicated wing; and 24 memory care units.

The property features a full selection of amenities, including a restaurant-style dining room, a pub, a card and game room, an exercise studio and fitness center, a rehab gym partnered with Robert Wood Johnson Hospital, art studios, multiple salons, two theaters and a performing arts studio. Independent living apartments are the largest in the market and offer full kitchens and washer/dryer units, while assisted living units have kitchenettes and ample storage space. Memory care units are located on two levels and include kitchenettes and a full set of dedicated amenities on each level.