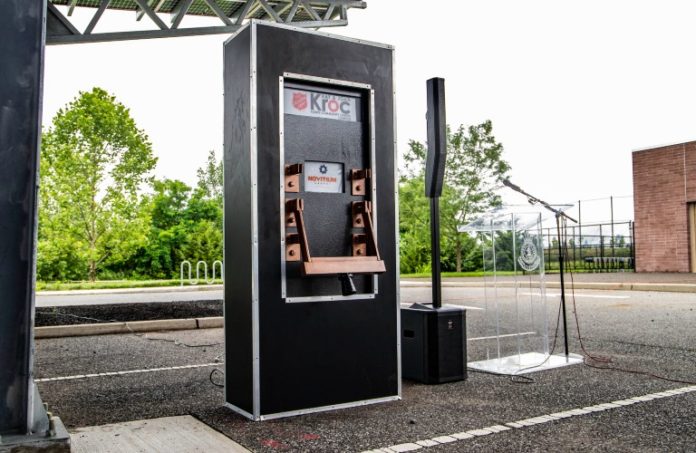 Novitium Energy, in conjunction with Madison Energy Investments, provided a system that required no upfront costs to the Salvation Army.

It is projected that the new system will produce approximately 1.8 million kilowatt hours of electricity annually and meet 56% of the Salvation Army Camden Kroc Center’s energy needs. Over the next 15 years, the system will save the center an estimated $1.65 million in energy costs, with an estimated $95,000 savings in the first year.

“Our partnership with the Salvation Army is so important, as we all recognize the enormous impact that the organization has not only in our local community, but across all corners of the United States and beyond. We see our contribution to this project as an opportunity to give something back to the Salvation Army with a lasting, substantial impact,” Novitium CEO Jeremy Conner stated.

The event was attended by city Councilman Chris Collins and received an invocation from Maj. Jongwoo Kim of the Salvation Army. While unable to attend due to General Assembly responsibilities, Assemblyman William Spearman (D-Woodbury) recognized the Salvation Army and Novitium Energy with a Congressional Proclamation issued by the U.S. House of Representatives.

Making the case for natural gas – and its pipelines

Experts: Why energy-efficiency upgrades for your business may be easier (and cheaper) than you thought