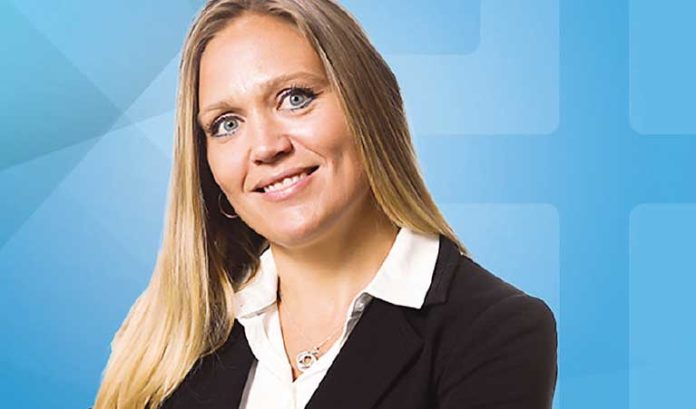 If your company is one of the thousands in New Jersey that’s been busy filling out the paperwork necessary to gain forgiveness for your Paycheck Protection Program loan, know this: The federal government has begun increasing the attention it is devoting to those applications — and doing so with a COVID-19 Fraud Enforcement Task Force run by the Department of Justice.

This shouldn’t be a surprise.

President Joe Biden noted in his State of the Union address in March that the task force would be adding a chief pandemic prosecutor (Kevin Chambers) to lead teams of specialized prosecutors and agents in conducting pandemic-related fraud investigations — specifically calling out the PPP fraud.

Earlier this month, Chambers told a House of Representatives committee that approximately 1,500 defendants (in cases involving $1.1 billion) have been charged with fraud — and that an “incredible volume” of cases are in the investigative stages.

And the DOJ is just getting started.

The DOJ has requested a $41.2 million budget for pandemic fraud enforcement and urged lawmakers to enact a 10-year statute of limitations for pandemic-related fraud, including the PPP and EIDL, the economic injury disaster loan that many applied for.

Jessica Hollobaugh, a partner at Withum and market leader of the firm’s national Forensics, Investigations and White-Collar Criminal Defense practice group, said she and her team have been brought onto dozens of cases by outside counsel.

And, she said she doesn’t expect the pace to slow down anytime soon.

“I think these cases are really going to ramp up,” she said. “The government is adding additional efforts to its fraud prosecutions.

PPP fraud: What are investigators looking for

Jessica Hollobaugh, a partner at Withum and market leader of the firm’s national Forensics, Investigations and White-Collar Criminal Defense practice group, talks about what the COVID-19 Fraud Enforcement Task Force is looking for when it investigates potential PPP fraud cases.

The task force has plenty of electronic data to analyze, and is attempting
to identify whether:

“We’re in the opening stages. I think we’re going to be seeing this for the next 8-10 years.”

While Hollobaugh is an expert on forensic accounting, she is not a lawyer — and recommends that any company that feels it may have concerns about its PPP loan to contact a lawyer first.

But, she did offer some thoughts on what she has been seeing in the field.

Here’s a look at a recent conversation with ROI-NJ, edited for space and clarity:

ROI-NJ: From a big-picture perspective, talk about the loan forgiveness process and what might lead to an investigation.

Jessica Hollobaugh: They’re not just looking at the forgiveness application, they’re actually going all the way back and looking at the main PPP application to see: Did the company meet all the eligibility requirements when they applied for the loan? Did they calculate their loan correctly and receive the proper amount? And then, with respect to the forgiveness application, did they use those funds in an appropriate manner in accordance with the statute?

ROI: How do they do that?

With all these agencies, the government has a wealth of data and tools at its disposal to identify and vet pandemic-related fraud.

The COVID-19 Task Force can use data analytics tools to:

ROI: From what you’ve seen, have investigators concentrated on any specific area of the process?

JH: So far, the government seemingly has tackled the low-hanging fruit, going after the more egregious cases, such as businesses that applied for loans that never had employees, so they were never eligible in the first place.

When they’ve been requesting additional documentation on these forgiveness loans, it’s been equally spread out over the three areas: Were they eligible? Did they get the correct loan amount? And did they use the funds in the right manner?

I can’t say that I’ve seen one more than the other. It’s kind of, you know, equally spread among the three.

ROI: How is Withum brought in on investigations?

JH: I’m with our forensic and valuation services group. We have been getting brought in to assist on these issues through outside counsel.

We always recommend that businesses start by hiring an attorney so they will have privileged client-attorney communications and because the statutes are just so complex. There are so many legal issues that need to be addressed.

ROI: What would you say to any business owner who has concerns about the PPP process?

JH: Even in the absence of a request for information from the government, it is important that any business which received relief funds and has any concerns with its application or use of funds immediately retain counsel.

Furthermore, inadvertent errors or mistakes should be addressed before an investigation is launched.

ROI: You said earlier that such investigations may take place for years — and that we are still very early in the process. Does that surprise you?

Comiskey on how M&T got 96% of PPP applications through, why...

Cross River raises $620M ($3B in valuation) to fund its technology-focused...