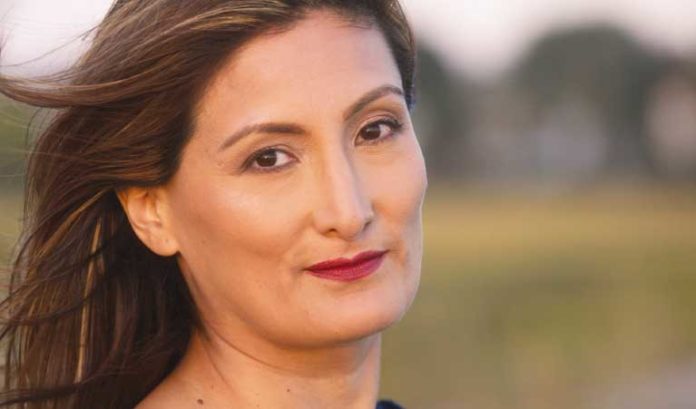 I am addicted to a good story.

So, imagine my excitement when I received a media pass for AMC’s exhibit of “The Walking Dead” at Astoria’s Museum of the Moving Image. Enchanted by a poster of George Romero, I remembered that the godfather of the American zombie trope, a multibillion-dollar story universe in the present, was Hispanic.

Surrounded by original costumes, props and images from the TV series, I was bewildered. I thought of the stark similarities between the hit show and a documentary on NASA’s space shuttle program that I am producing. Though decades apart, both reveal that diversity, equity & inclusion representation are growing consistently at a glacial speed across divergent industries.

As a Latina filmmaker, I know Latinos’ poor representation in above-the-line entertainment industry positions. Those esteemed positions — directors, executive producers, screenwriters, casting directors and the principal cast — propel a story forward with the collective contribution of the creative talent.

I’m a business owner and member of the Statewide Hispanic Chamber of Commerce of New Jersey, which has the largest membership of any chamber in the New York/New Jersey area. There are 120,000 Hispanic-owned businesses generating upward of $20 billion in annual revenue in my state alone. Yet, despite having a more significant economic impact than any other minority group, Latinos continue to be shunned from C-suites, executive boards and high-level positions. Except for a few seats, some argue, to satisfy corporate governance DEI hiring needs.

What does DEI really mean? A few years ago, I was hired just a couple of weeks before a fan-creator soccer program covering Latin American countries participating in FIFA’s World Cup went live. Knowing the nuances of our diverse Latino community, I was not surprised when the network immediately canceled the first game’s segment. What happened? A non-Hispanic producer had cast a non-Spanish-speaking talent to cover a Latin American game for a Spanish-speaking network broadcasting to a Spanish-speaking audience.

But, it is more than a language. It’s about understanding the culture and lifestyles comprising an ethnic group with a collective gross domestic product of $2 trillion in 2018, the country’s highest economic performance of any minority group. In 2018, New Jersey’s Hispanic-Latino GDP of $97 billion was led by education & health care, professional & business services and transportation & warehousing sectors.

So, how can organizations align with the $73 billion New Jersey Latino market? Go back to the source of the story. Rethink the protagonists propelling your company’s story forward, your bottom line. Do they have lived experiences that authentically connect to your audiences and markets? Are they cross-culturally relevant?

Start with the experts: That means hiring Latinos in above-the-line positions that speak to our market’s family values and universal connectedness. It will enable brands to access our community’s purchasing power by appealing to our needs authentically.

Tap into existing networks: Partner with organizations like SHCCNJ, which has by design a robust talent pool of professionals and community leaders rivaling the most connected headhunters in the country. Look to the SHCCNJ. With a proof of concept, they are the market and know how to amplify Latino voices and empower the community with resources and tools.

What’s the next step? Rewrite the story by reflecting on the community you serve. Your board of directors, management and C-suite positions should reflect the voices and values of the community.

The inclusion of these powerful characters is the genesis of a good story.

Giovanna Aguilar, a multimedia content writer, producer and director, is the owner of Candesco Productions and Shop LOHAS World.

Here’s what entrepreneurs need from the 118th Congress