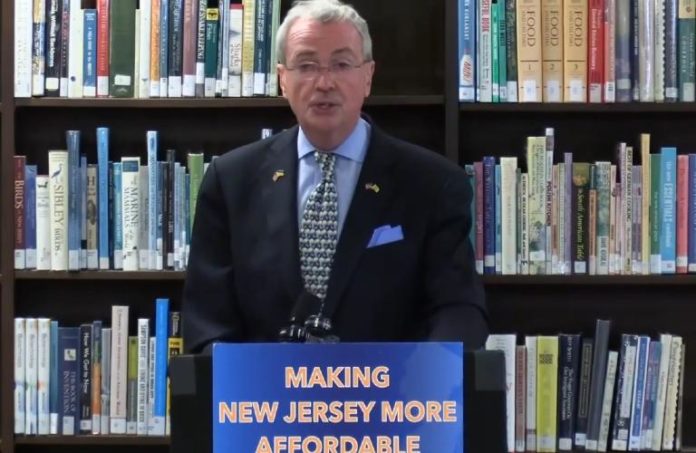 Gov. Phil Murphy signed a record $50.6 billion budget Thursday that has a lot of good things for the state — including a full pension payment for the second consecutive year, property tax relief and numerous pet projects, enough to create a 9% increase in spending.

Unfortunately for members of the business community, there was little in it for them — only $50 million for the small business community, or slightly less than one-tenth of 1% of the total budget. And none of the state’s record revenues went to replenishing the unemployment insurance fund, something nearly every other state in the country has used COVID-19 relief funds to address.

Leaders of key business groups across the state were upset, but not necessarily surprised, as Gov. Phil Murphy has resisted the idea of replenishing the UI fund seemingly since the day the state learned it was flush with cash.

Christina Renna, the CEO of the Chamber of Commerce Southern New Jersey, did not hold back her feelings.

“This is simply unacceptable as businesses continue to recover from the pandemic,” she said. “The Chamber of Commerce Southern New Jersey is strongly disappointed that state government did not prioritize the plight of struggling small businesses, many of which are women- and minority-owned, given the strong financial position New Jersey is currently in.

“While the CCSNJ was pleased to see that this budget did not include new taxes or fees, it also does not offer new, long-term revenue sources that New Jersey can rely on in the future. And, although pleased to see fiscally responsible actions such as a full pension payment, the CCSNJ remains concerned that maintaining this level of long-term growth in spending will be impossible without future tax increases that will undoubtedly fall on the backs of the state’s business community.

“The final FY2023 budget, combined with the governor’s and Legislature’s lack of action to defer unemployment insurance tax increases on businesses, ends an incredibly disappointing budget season where New Jersey-based businesses were nothing short of ignored.”

Tom Bracken, head of the New Jersey Chamber of Commerce, was particularly bothered by the fact that a plan to counteract an unemployment insurance tax hike on employers by using surplus revenue funds was left on the cutting-room floor during last-minute budget deliberations.

“This action belies claims that there are no tax hikes in the budget and sends an enormous negative message to the business community,” he said. “This is a tax increase on businesses, and it’s the last thing employers need as they deal with inflation, energy costs and a labor shortage.”

Michelle Siekerka, CEO of the New Jersey Business & Industry Association, praised many of the budget’s aspects — but said it ultimately will be viewed as a missed opportunity to help the business community.

“The FY23 budget will be reflected as the one where opportunity knocked to bring substantive and impactful structural change to New Jersey — and our lawmakers didn’t answer,” she said. “Further, affordability for business never even got to the door.”

As a result, New Jersey businesses will be hit with another UI tax increase of nearly $300 million.

“Sparing New Jersey small businesses from some of that $1 billion burden is irrefutably appropriate,” she said. “With no business affordability or relief in a $50.6 billion budget, it is clear Gov. Murphy needs to do much more to show how much he values our small businesses, the backbone of our economy.”

“Today, Gov. Murphy signed the largest budget in New Jersey’s history, a budget that missed the opportunity to help the business community,” he said. “Both the Legislature and Gov. Murphy chose not to cut the corporate business tax rate nor replenish the unemployment insurance trust fund with the abundant surplus currently available. The business community is under incredible strain from the lingering effects of the pandemic, rising costs for goods and the supply chain crisis — this budget was an opportunity to provide relief and fell far short.”