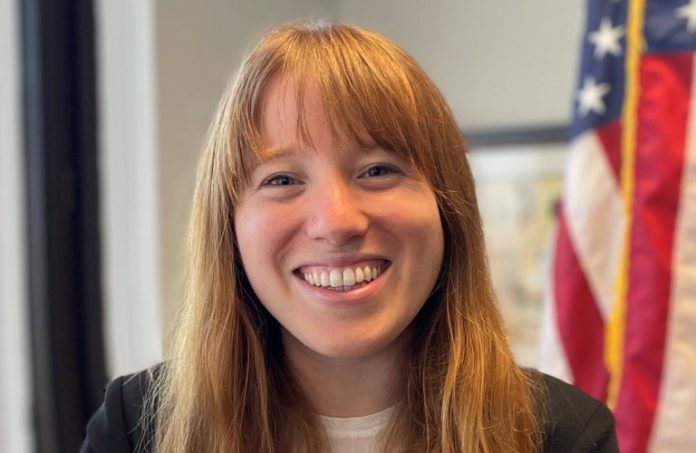 Emma Corrado has been named chief of staff at the New Jersey Economic Development Authority, the EDA announced late Thursday.

Corrado, who was serving as a senior adviser on community development, will assume the role immediately.

In this role, she will be responsible for working with the Executive Committee to drive the EDA’s strategic direction and execute priority initiatives. She also will serve as a liaison to the Governor’s Office and with key stakeholder groups.

Corrado comes to the role with much experience. Prior to joining the EDA, she was a projects specialist for U.S. Sen. Cory Booker (D-N.J.). In this role, she oversaw projects, outreach, legislation and stakeholders related to veterans affairs, defense, foreign policy and first responders.

EDA CEO Tim Sullivan said he was thrilled to make the announcement.

“Emma is a star and has had a huge impact on our team in the months since she joined us from Sen. Booker’s office,” he said. “I’m thrilled she has agreed to take on this larger leadership role as we continue to the work to realize Gov. (Phil) Murphy’s vision for a stronger, fairer and more resilient New Jersey economy.”

Corrado holds a Bachelor of Arts from Franklin & Marshall College, and a Master of Public Administration in economic development from Columbia University.

Corrado will succeed Jorge Santos, who was named to a newly created post at the authority, chief real estate development officer.

Sullivan said the EDA’s ability to promote from within shows the depth of talent it has.

“Under Gov. Murphy’s leadership, the EDA has made extraordinary progress in our efforts to enhance the state’s competitiveness, invest in our communities and catalyze a fairer and more equitable recovery from the COVID-19 pandemic — all of which are driven by the dedication and commitment of our team,” he said.

“We are fortunate to have both a deep bench of leaders and the ability to attract extraordinary talent to our team.”