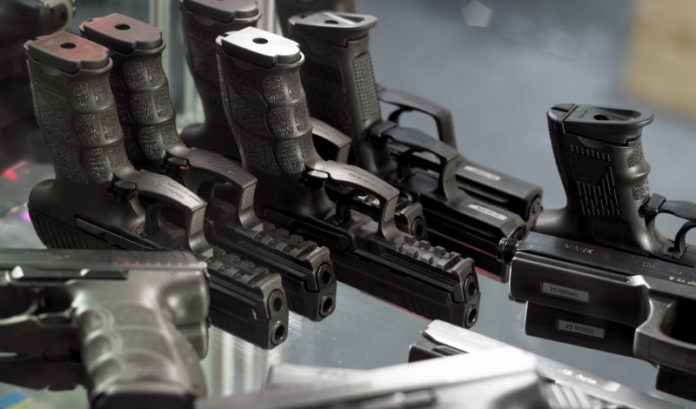 Gov. Phil Murphy referenced the horrific Fourth of July parade shooting in Highland Park, Illinois, that left six dead when he signed a sweeping series of gun safety reforms to continue the fight against gun violence in New Jersey on Tuesday afternoon.

Here’s the sad thing: Had the shooting that left six dead and two dozen wounded not taken place, the governor still would have had plenty of other equally disturbing events to talk about — including the recent school shooting in Uvalde, Texas.

These two mass shootings aren’t the reason Murphy has made reforms on gun laws a major initiative, but they are reasons why Murphy won’t relent on his drive to do something to curtail gun violence, a prominent part of his political message since even before he was elected in 2017.

“In the wake of horrific mass shootings in Highland Park, Illinois, Uvalde, Texas, and Buffalo, New York, it is necessary that we take action in order to protect our communities,” he said. “I am proud to sign these bills today, and thank my legislative partners for sending them to my desk.”

Murphy signed seven comprehensive gun safety bills, six of which were part of his Gun Safety 3.0 package that he introduced to the Legislature in April 2021 and has repeatedly championed over the last year.

The seven-gun safety reform bills include:

Murphy feels these gun safety reforms further solidify New Jersey as a national leader in gun safety. He also said he is not done with the issue.

“This is a huge step forward for common sense gun safety and for safer communities — but, it cannot be our only or last step,” he said. “I look forward to continuing to work with the Legislature and take action to make this state safer for all.”

Acting Attorney General Matt Platkin said the new set of laws will have impact — and did so while taking a shot at the U.S. Supreme Court.

“The legislation signed into law today provides New Jersey with robust tools to combat gun violence and hold accountable irresponsible gun dealers and manufacturers who profit from this bloodshed,” he said. “I thank Gov. Murphy for his continued efforts to protect New Jersey residents from mass shootings and gun violence, even as the U.S. Supreme Court is doing its best to undermine those efforts.

“These new common sense gun laws send a clear message that New Jersey will continue to serve as a model for states seeking to address the epidemic of gun violence.”

“As criminals attempt to find new ways to circumvent the laws, we must adjust our tactics to keep illegal guns away from those individuals who have no regard for human life once the trigger is pulled,” he said. “Our efforts to limit gun violence must be comprehensive as we strive to protect the citizens of New Jersey. We will continue to work with the Governor’s Office and the Office of the Attorney General to keep our state safe.”

The legislation was cheered by David Hogg, a prominent antigun activist who co-founded March for Our Lives after surviving the school shooting at Marjory Stoneman Douglas High School in Florida in 2018.

“In the face of political gridlock at the federal level, New Jersey proves that states will lead the way in fighting gun violence,” he said. “This comprehensive package of bills shows us that bold action on gun safety is possible and further solidifies New Jersey as a proving ground for common sense legislation. More needs to be done, but states across the country should look to New Jersey as a model of gun safety.

“March for Our Lives is happy to have been a part of this work over the last year, and we’re deeply grateful to the Legislature and to Gov. Phil Murphy for their consistent and admirable leadership.”

Unexpected complications: Even as elective surgeries resume, doctors are getting tripped...