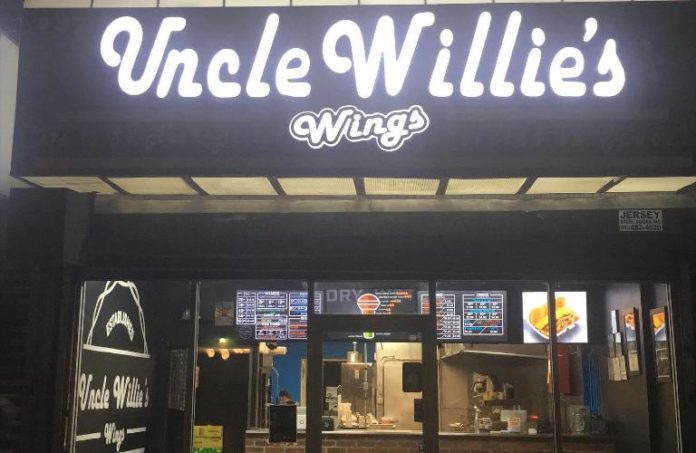 Months after the pandemic forced him to temporarily shut down Uncle Willie’s Wings (his newly opened restaurant) and COVID-19 sent him to the hospital and forced him to come to grips with what may be his reality (he said his goodbyes to close family and friends), U.S. Army veteran and restaurateur Walter “Willie” Green did what he likes to do the most: He gave back.

Green, not sure of the fate of his restaurants, cleaned out what was left of his savings and hosted “Willie’s Day” — a huge barbeque in the South Ward of Newark.

Uncle Willie’s Wings was chosen as a participating restaurant for the ultrasuccessful Newark Working Kitchens program, which not only helped feed city residents but paid restaurants for doing so. The economic boost enabled him to bring back much of the staff he had to lay off — and eventually helped him open a food truck. He now has a third spot.

On Thursday, Onyx Equities announced that Uncle Willie’s Wings was the winner of the contest that will bring a Newark-based restaurant to the Junction at the Gateway, the newly remodeled façade that faces Newark Penn Station while serving as a central area for the Gateway Center.

Onyx Equities is in the midst of a multimillion-dollar renovation of Gateway, the 2.3 million-square-foot, four-building Gateway Center complex and its second-floor interconnected concourses, now known as the Junction, to attract retail, fitness, entertainment and dining opportunities as well as improve the pedestrian and tenant experience within the complex.

Onyx’s investment in Newark also includes opening the Gateway Center’s ground floor via a new pedestrian grand entrance and street-facing retail for the first time in the building’s 50-plus-year history.

Uncle Willie’s Wings was one of 30 entities to enter the developer’s competition created to provide a Newark-based establishment a coveted space in the throughway that welcomes over 75,000 weekly visitors.

More than anything, Uncle Willie’s will serve as an example of good things happening to good people. That’s the way Newark Mayor Ras Baraka sees it.

“To see Walter Green go from feeding his Newark neighbors during the pandemic to thriving and winning the restaurant buildout competition is an incredible joy,” he said. “Having Uncle Willie’s Wings here in the Gateway Center will give residents, commuters and visitors the opportunity to experience his hospitality and his flavorful wings.

“We thank Walter for his service to our Newark community, congratulate him on his new restaurant and wish him continued success.”

Jonathan Schultz, co-founder and managing partner at Onyx Equities, the owners of three of the four Gateway towers, said Green and Uncle Willie’s represent what Onyx sees as its role in the city.

“As we continue to transition Gateway into a seamless extension of Newark’s downtown district, we are also playing an active role in redefining the surrounding neighborhood as a center for business, gathering, dining and entertainment,” he said. “We take our position in this community very seriously and will continue to create opportunities for local businesses to thrive and get the attention they deserve.”

“Mr. Green is an incredible person with a solid business plan and, most importantly, who makes amazing wings,” he said.  “We are excited to welcome him to the Junction and know that he will be a big hit with our thousands of visitors.”

Green, whose efforts in Newark went viral, offered a note of sincere thanks for all those who made it happen.

“We are very excited to become a part of the Junction at Gateway,” he said. “We are grateful to Onyx Equities and the city of Newark for supporting us and making this opportunity possible.”